Have we exorcised the Guelph Factor?

This week's Market Squared will look at whether the dreaded "GF" words shut down an apartment development on Cork Street
Aug 17, 2019 12:00 PM By: Adam A. Donaldson 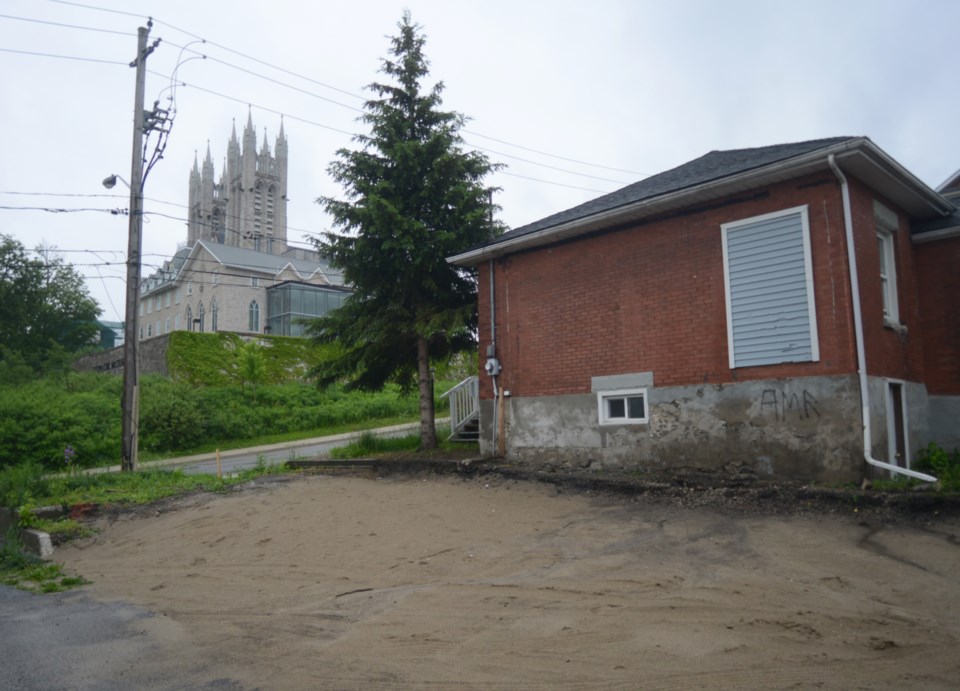 A developer wants to build a four-story apartment building on this empty lot and the house beside it on Cork Street. Tony Saxon/GuelphToday file photo

For years, this spectre haunted the town as a proverbial boogeyman standing against strong economic growth and development. A lot of ghost busters have tried to exorcise this paranormal pre-disposition to put various cultural roadblocks in the way of good business, but the ghost is never gone for long.

Now, I don’t want to make it sound like I’m talking on behalf of big business, heaven forbid, but it is a matter of spiritualism that I want to discuss.

Last Thursday at the Committee of Adjustment, a proposed four-storey apartment building at 9 and 11 Cork Street was kyboshed because it would ruin the precious view of the Basilica of Our Lady Immaculate.

Don’t get me wrong, that’s a great sight, and it has long been associated with our city and its branding for tourism, but I do wonder if we go a bit overboard in treating the view of that building as if it’s a – ahem – sacred thing.

While I understand that there may be a secular appreciation for the Basilica, its architecture, and its placement at the heart of the city by founder John Galt, I wonder, as a secular person myself, about the placement of the Catholic church in our society.

In the Basilica of Our Lady Immaculate, you may see a beautiful building, but others may see the first wave of European colonialism, the Crusades, where the church led thousands into the Middle East to take anything that wasn’t nailed down, and some stuff that was.

For our Indigenous communities, it can be argued the church led the charge to abandon their language and culture.

And it’s not like abuse by authorities in the Church is a thing of the past. Not a year goes by when new allegations of sexual assault on minors by priests is made, and rarely is there a punishment doled out beyond a slap on the wrists. If that.

Further, this is an organization that still shirks, if not outright abhors, female leadership. And the message that women are second class citizens in the church is being heard even more loudly with the growing number of reports of physical, mental and sexual abuse of nuns by their brothers in the faith.

Now this isn’t an anti-Catholic screed, although I could certainly write one. The point is that there’s more than one way to look at a building.

It feels like the opponents to this apartment development saw it as a slippery slope to bigger, and taller buildings that could further obstruct the view of the Basilica. One delegate at the committee noted that the Wilson Street parkade has already obstructed the view from the area around the Farmers' Market.

Truthfully though, the slope has been slipping for a while if you look at those big condo towers along Woolwich and Wellington, as well as in the Ward, and the tower going up along Yarmouth. Our growing city needs growing buildings, and the choice is going to have to be made about how much of the view we’re willing to give up.

But choice is not easy for the NIMBY, and yes, this is a NIMBY concern.

It’s not all that different from when a neighbourhood comes out to object to a new mid-rise development, and they start by saying that they are pro-development, just not this development.

Plus, we have towers going up all around town, and some of them are bigger than the four-storeys proposed for Cork Street. Is nobody concerned about how those views of the Basilica are going to be obstructed?

And what is obstruction? Because when you look at the architectural drawing provided to the Committee of Adjustment, the new building doesn’t obstruct the Basilica in any significant way greater than what’s already been built up in the general facility of Norfolk and Commercial Streets.

Yes, the bylaw passed in 1976 to protect the view of the Basilica along the public view corridor caps building height at 343.51 metres above sea level, but the proposed height of the Cork Street development was 346 metres.

When half a dozen people can shut down a development because of two-and-a-half metres of obstruction of a church in the 21st Century, what else do you call it?