This week's Market Squared engages in the dark cynicism of a city that pretends to want more transit but does everything in can to sabotage it
Nov 14, 2020 12:00 PM By: Adam A. Donaldson 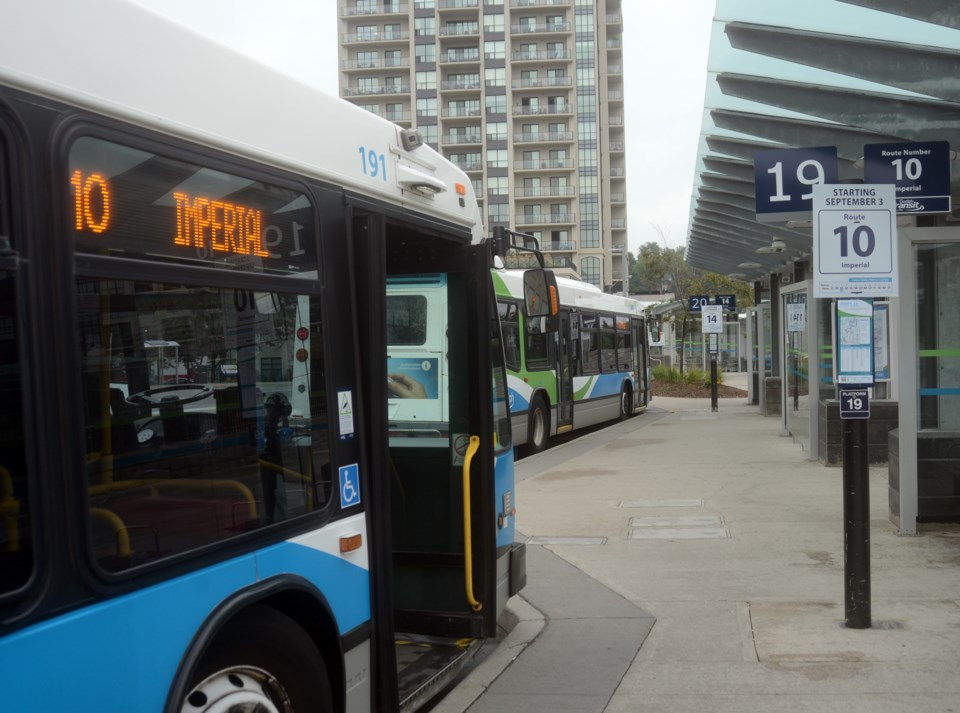 I want to start this week’s column with a thought exercise.

Imagine, if you will, that Guelph city council made the decision to save money by reducing solid waste service. Instead of every street in town getting its waste picked up at the same time every week, there’s a new rule that says your garbage will only get picked up if your street has a minimum amount of garbage to throw out.

So now there’s a quota.

Now, unless your street throws out that set amount of waste, garbage trucks will no longer roll down your street. You see, there are other streets in this town where more people live, and we have to make a choice between saving money by getting rid of most of the garbage, or losing money by picking up all of the city’s garbage.

If that sounds stupid to you, now replace the word “garbage” with “transit.”

This week’s council workshop on the Transit Growth Strategy somehow went worse than my historically low expectations for transit improvement in Guelph.

The pandemic has gifted transit doubters on council what they’ve always wanted: justification to not invest in transit. Councillor Bob Bell could barely hide his elation while suggesting that the move now is to cancel routes and runs. He’s looked out his window and saw an empty bus, so case closed!

There’s no doubt that ridership is way down on Guelph Transit, and there’s no doubt that revenue has been cut way back. Much of that is owed to the lack of undergrad students on the University of Guelph campus these days, and the millions of dollars they put into the system every year through their Upass.

When people ask why Guelph Transit seems to cater to university students, you now know why: half the annual revenues for transit come from all those students, and once they’re gone, the impact on transit is immediate and devastating.

Now Guelph has to figure out how to have a transit system when hardly anyone here wants to use it.

Or pay for it, for that matter.

How else are we supposed to react to questions about whether or not we should be thinking about fare increases, or service decreases, or about how we need to rethink the ratio because transit isn’t pulling its weight anymore now that fewer people have someplace to go in the middle of a pandemic?

The ratio has been a big problem for a while; the idea that transit service has to cover a big portion of its own costs from the tickets it sells. In our second thought exercise, imagine your reaction if council said that they will not be opening city pools or ice rinks next year because the revenue from pool and rink rentals was down this year.

My suspicion is that Guelph would not stand for that, even though the underline justification would be understood rationally. Of course, most people drive to the pool or to the rink.

Speaking of our recreation facilities, I remember a few weeks ago during the debate on funding the South End Community Centre when someone on council remarked that the facility is intended for everyone in Guelph, and not just for people in the south end.

This is true, but I wonder how many councillors know that for many people in this city, to take the transit system they manage to the new community centre will be a 75 to 90 minute trip across town?

This point was made at the planning meeting this week, and I think it fell on deaf ears so I’ll say it again: a 10 minute trip across town in a private automobile can take you 45 minutes to an hour on Guelph Transit.

Any transit growth strategy needs to begin with the idea that no one is going to take the bus unless they have to when a 10-minute trip in the car will take you the better part of an hour on transit. For that matter, it will be more than an hour if you happen to miss your connection, and if you use the bus every day in this city you’re going to miss your connection with alarming regularity.

I’m through calling on council to learn more about the problems with transit, it’s clear they don’t want to.

I’m through calling on council to use transit to see the problems firsthand. Many of them have, and they use transit just long enough to acknowledge there’s a problem, and then hop back in their cars because they can’t go about their duties as councillors by using transit. So that’s the end of that.

This time last year, with council talking about the limits of a budget levy increase, I was concerned that transit was on the chopping block because it’s the first thing that always is. It’s the lowest of low hanging fruit because the perception is that transit’s for seniors, students, the poor, and tree huggers.

Why? Because successful people don’t have time to deal with transit and its issues. For that matter, neither does our city council.