Wouldn't it be nice?: Some end-of-election thoughts

This week on Market Squared, we don't go into Election Day without some final thoughts about the campaign.
Oct 19, 2019 12:00 PM By: Adam A. Donaldson 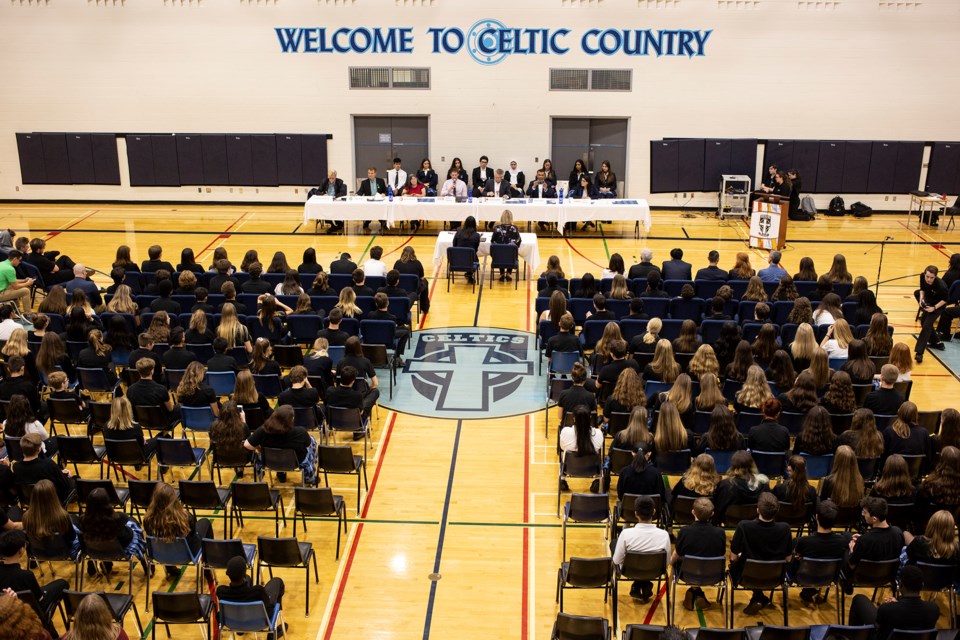 As the election winds down, the relief of a nation settles on the warm feeling that soon we can go back to a life a little more free of politics.

Before it’s over though, I’ve got some notes.

For one thing, we really need to come to the understanding that if Elections Canada authorizes your papers and puts you on the ballot, then you get to play in all the campaign events.

I understand why the Leader’s Debate Commission limits the national stage to a select few. There was something like 17 national political parties in this election and since only five of them run candidates in most, if not all, ridings across the country, the reality is that only one of them will be elevated to prime minister.

On the local level though, all things being equal, everyone has the same chance of representing Guelph. If you get the most votes, you become the Member of Parliament.

Pie in the sky? Of course! Smaller, independent parties don’t have the same apparatuses of support as larger ones. Signs aren’t cheap, neither are brochures, and volunteers are hard to come by. For the smaller campaigns, debates can make all the different in terms of exposure.

On top of that, it’s been disappointing to see candidates in parties who, in the past, have dealt with being shut out, and now not come to the defense of those that are still on the outside looking in.

The thing is that democracy is messy. In so much as we try to clean it up, make it shiny, and sell it like a luxury car, it has historically been a messy process. The battle over ideas doesn’t look like an episode of The West Wing, though if we were all as eloquent as Aaron Sorkin maybe things wouldn’t get so personal.

Of course, we’re talking here about disagreements over policy, and not personal attacks. I think we can all agree that there’s been far too much of that in the political discourse as of late. As a people, it seems like were not just intolerable of the ideas we find distasteful, but the people who hold them.

And when distaste is not enough, we start pulling on the tiniest threads to unweave a bigger more threatening picture. If everything is a conspiracy, then nothing is.

Now, having said that, we do have to acknowledge that this election has seen occasional eruptions of racism, homophobia, transphobia and all the other phobias. It’s terrible, and in an ideal world we’d be past such notions. Some of us still have a long way to go, but does yelling at each other help?

Those are big philosophical questions, and I find they’re getting me off track because I want to talk about a different type of phobia in Guelph, computer-phobia.

Not a real thing? Tell that to all the debate organizers in this town that don’t set up live streaming of debates. Or record them on video or audio. Or, I may add, don’t spread the announcement of a debate far enough, or wide enough, beyond their immediate circles.

Mark Zuckerberg has a lot to answer for, but the fact of the matter is that his social media site has become the collective events calendar for the world. If you’re event can’t be found on Facebook, it might as well not be found.

In so much as we bemoan these platforms for fostering enmity in hyper-partisan times, the content is still generated by the people using it. If we approach these tools with the idea of using them first for sharing information, and second for sharing opinion, what progress can we make?

To this, I would like to commend Rogers and the Chamber of Commerce for sharing the debate they sponsored on YouTube. In the past, there have been issues with access, and it was nice that the debate was posted online, free for all, without anyone having to beg.

Of course, there were nearly a dozen other debates, and wouldn’t it be nice if there was a playlist on YouTube, or Vimeo, or Spotify where you could watch and/or listen to all the debates before heading to the polls on Election Day?