'Scrutiny is fine — reputable charities invite it. But fighting cynicism is much more difficult,' says the Mercy Traveller
Jul 31, 2020 11:00 AM By: Philip Maher 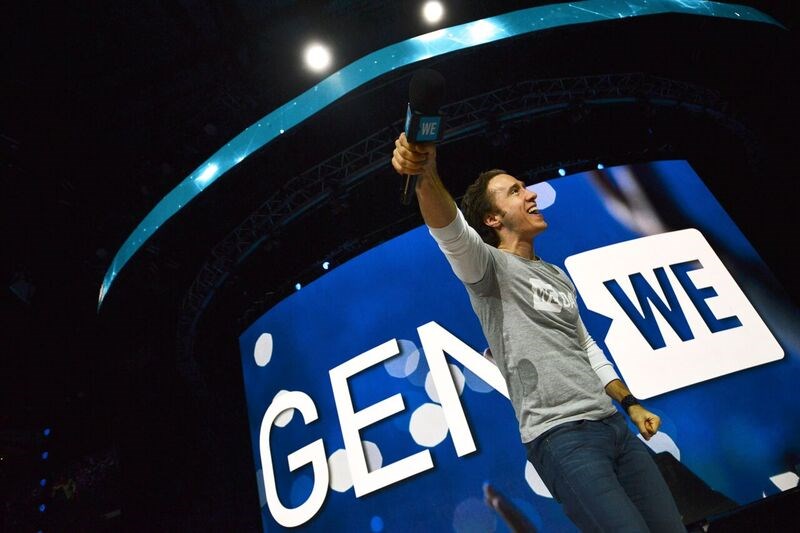 Free The Children co-founder Craig Kielburger on stage at WE Day Atlantic in 2017. Supplied photo

The Me to We charity may seem like a scandal that’s far from Guelph, but it affects us here at home as well as those in communities across the country.

The charity sector in Canada is huge. According to a 2018 Imagine Canada report, charities account for some two million jobs and contributes $151 billion to the economy each year. This is much larger even than the auto sector, which, according to the Canadian Vehicle Manufacturers’ Association, provides around 130,000 jobs contributing about $20 billion to the economy.

If any sector should be saved during the pandemic, charities are one of them.

Not only does the sector contribute to the economy, but these organizations help feed the needy in Downtown Guelph. They provide food hampers and toys at Christmas, care for animals, help to resettle refugees, and support women’s shelters. They support human rights, assist the homeless, improve mental health, and help veterans. Across the country and around the world, literally millions of good deeds take place that are vital to societies.

The nearly $1 billion failed contract to Me to We raises some legitimate concerns, which has granted the opposition a gift that keeps on giving.

However, this controversy has the potential to damage the reputations of the many groups doing good works in our community and beyond.

Charity revenues are always struggling, but the pandemic has added burdens to the work of many groups, while decreasing their income. Imagine Canada says the pandemic threatens to devastate Canada’s charities. Thousands of staff have been laid off at a time when we need these organizations most. This political storm will make things even worse.

There will be a tendency for people to be more cynical about donating to non-profits. Scrutiny is fine — reputable charities invite it. But fighting cynicism is much more difficult.

In the midst of this controversy, politicians and others who mostly don’t understand charity fundraising are throwing stones at legitimate vehicles for engaging donors. While no politician should take a free trip to Africa, there is nothing wrong with donors visiting projects at their own expense or volunteering to help. I’ve seen this change lives.  It’s important to see the world beyond your front door.

Me to We gained influence because they were perceived as Canadian. This gave them an entrance to businesses, political figures and especially schools. But they’re all Canadian. Rules around the operation of international charities demand that all charities have a Canadian board and that any money sent overseas remains under the control of Canadian staff and the organization’s Canadian board. Donors are misled if they believe one charity to be more Canadian than another.

Our political system and media will dissect this controversy for months. My aim is to encourage our Guelph community and beyond to continue to support those ideals that create a community, a country and a civil world. Lord knows we need some civility these days.

Whether your aim is to help stray cats, fight for human rights or assist Africans living in poverty, these organizations need your support, and yes, I mean financially.

Make a donation today to your favorite charity or better still, sign up to make a regular donation every month. We do in our family. And when I’m asked at the checkout counter or at my door to make a donation, I simply respond, “I already gave — I do every month.”

Pondering the education of our children, both formal and otherwise
Sep 7, 2020 11:00 AM
Comments