Are executive salaries the best way to determine the value of a charity?
Philip Maher Sep 3, 2016 12:00 PM

Somewhere in our murky psyches we have the notion that those adding value to society should earn a low salary — or even no salary at all if they work for a charity.

Meanwhile, we are fine with doctors, teachers, social workers or other “people helpers” earning a decent wage.

Recently, a friend told me he would not support an effective globe-changing charity because he felt the CEO’s salary was too high.

Do we have a simplistic, unrealistic view of how charities operate and of how to reward folks who do so much for our community and the world?

Dan Pallotta presented the problem during a Ted Talk on the topic of compensation, which has been viewed some 4 million times. 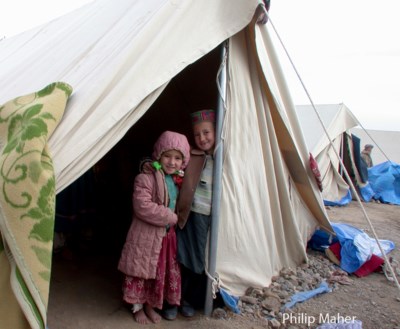 It may seem a simple thing to give tents to children in Afghanistan, but it took professional grant writers, logistics experts, security experts and skilled field staff to get them there. Photo by Philip Maher

He argues, partly, that we pay people in business for their skills but in the charity world, we think we can pay significantly less and still get decent results. We tend to force noble people to make economic and family sacrifices to help the world. However, we don’t bat an eye when someone earns a huge salary for a business-related job that may add little to society.

Perhaps charities used to operate out of church basements using volunteers, but no longer.

Today, most organizations have aggressive targets for program delivery and fundraising. They need long-term career specialists, which include charity accountants, expert fund raisers, and the list goes on.

One Canadian human resources consultant recently explained to me how low wages tend to lead to short-term employment for charity workers.

There are exceptions, but you are naive if you think low-paid, talented people won’t leave charity jobs after a few years. They need to pay for their kid’s education, buy a car and save for retirement like everyone. And, when they do leave for a better offer, the charity is left on the hiring treadmill, spending thousands of dollars to fill positions or to train young staff all over again. That is not good use of donors’ money.

Would it not be better to pay a decent wage? Most board members, who are donors themselves, would happily pay more, but the average donor mistakenly thinks that’s money wasted on overhead. But isn’t it simply paying employees fairly?

With changes to the minimum wage in the U.S.A.,150 social justice organizations stated: “It is time to revisit the idea that working for the public good should somehow mean requiring the lowest-paid among us to support these efforts by working long hours, many of which are unpaid.”

Are some salaries too high? Perhaps. But I think we hear far too much about the few making high wages and not the majority who don’t make enough.

Some small organizations simply don’t have the budget to pay more. We can understand that. But we should not disparage the ones that do. And it is a poor way to evaluate the value that a charity adds to society.  Few employees aim at being downwardly mobile, working more and earning less.

Setting salaries is a very complex process; there is no magic bullet. However, charities add a massive benefit to our community and globe. If we want long-term experts in their field and quality programs, we need to pay for the expertise.

In life, you do not usually get good quality by buying cheap. It’s not true when buying shoes, and it’s rarely true when hiring staff.