Mom of the House: Minimalist Mom

In this week's Mom of the House, Brianna Bell tackles the craving for simplicity in day-to-day life
Apr 17, 2016 12:00 PM By: Brianna Bell 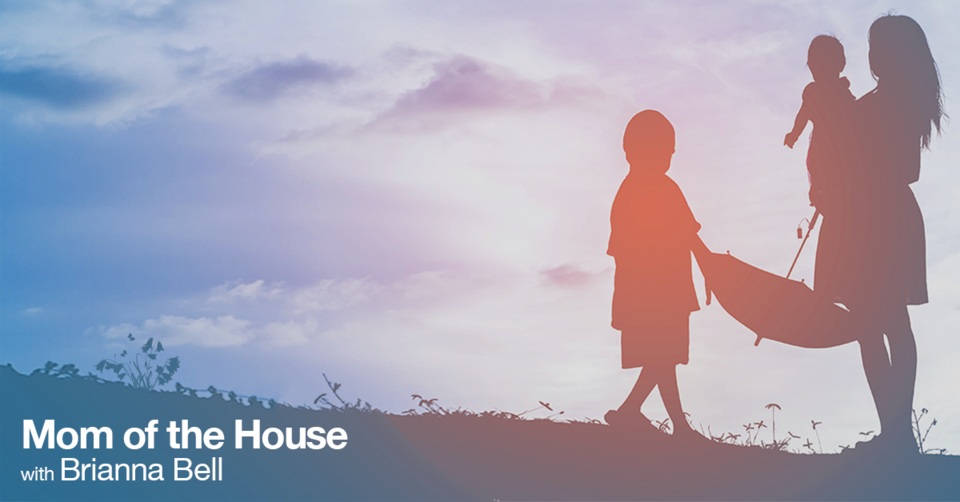 Mom of the House with Brianna Bell

Two years ago my husband and I decided to downsize from a three-bedroom townhouse to a two-bedroom above ground basement apartment.

At the time I was very pregnant with our second child, and realized that our decision to downsize when our family was about to grow to four seemed a bit strange.

Still, my husband and I do strange things all the time. We knew that moving to a smaller and much cheaper home would alleviate some financial strain we were feeling, and put us in a better position to save for a home purchase in the very distant future.

We also knew that downsizing meant eliminating unnecessary items in our home. It was during this elimination that I came across the concept of minimalism. It intrigued me, I felt like I had found my tribe of people. These people are strange too, just like us!

Minimalism is a very fluid concept, and it is becoming trendier and less strange by the day. People like Joshua Beckett of Becoming Minimalist, Joshua and Ryan of the Minimalists, and most recently Marie Kondo, author of mega-hit The Life Changing Magic of Tidying are putting minimalism on the map.

Simply explained, minimalism is a lifestyle that focuses less on things and more on experiences. It is a way of gaining freedom and control over your life, by eliminating excess and having only the necessities. Anyone can be a minimalist, and each minimalist will look different. The truth is: some of us think that a microwave is a necessity and some don’t. Each minimalist’s home will look different. In case you’re wondering, I don’t have a microwave.

Most of the people that I know have children and many argue that children and minimalism make an unhappy mix. Children like things. Children create clutter. I agree with these statements. Right now, it is the end of our family’s winter hibernation, and we have allowed things like Christmas, Easter and ugly weather to create a mess of our once minimalist lifestyle.

But that’s okay, because there is no such thing as minimalist police. It’s simple to get back to a more peaceful environment. All it takes is a few hours, a generous spirit, and some empty boxes.

I have met a few moms in Guelph that also consider themselves minimalists, or are at least attempting to live a similar lifestyle.

Jessica Eusebio is a local mom of a five-month-old daughter, and an event planner and fundraiser with a not-for-profit organization. She practices minimalism in her home, and made the conscious decision to parent her child with a minimalist approach.

“We knew we wanted to raise our daughter in a simple environment where smells from cooking dinner, touching household items like towels, herbs, carrot peels, etc. were the norm,” said Eusebio.

She argues that having children doesn’t mean your home has to resemble a toy store. She feels that toys and gadgets can be kept to a minimum, and children can find entertainment in their natural environment. She considers it an old school approach, but something that is valuable to try and achieve.

“I think there is so much unnecessary waste and consumerism that clogs up our homes and is ruining our earth. Plastic is the worst.  Plastic comes from oil and fossil-fuels and we don’t need more demand for toxic production like oil,” Eusebio said.

Eusebio keeps toys and clutter to a minimum by only having two drawers and a crate to organize her child’s toys. She said cleaning up is easy and clutter is nearly impossible with this method.

Her favourite part of minimalism is the impact on the environment and the simplicity of household items.

“Guelph is very much pro-environment. I feel like Guelphites and minimalism go hand-in-hand,” said Eusebio.

As a mother to two older children, I have seen where minimalism goes awry. My four-year-old has more toys than are necessary for a family of ten and eliminating them when they grow attached to each item becomes problematic. I have learned that there is a healthy balance between my own minimalism and respecting my daughter’s own property. I don’t want her to be raised in a consumeristic society, but the reality is that she is. Not to mention, we have family members who love to buy presents and I can’t expect everyone to adapt to our lifestyle.

There is certainly a balance we are attempting to make, between creating a peaceful environment that isn’t full of things, and allowing our children to make their own choices on whether they want to jump into this lifestyle. For now, I am focusing on cultivating a spirit of generosity in my own children, and letting them know that life is not all about Shopkins and cupboards overflowing with art supplies.

The reality of an education in minimalism is hitting me, and I’m not sure I’m the best example of the lifestyle right now. Still, I crave the simplicity of having less tangible stuff, and the joy in experiencing life with my family just as we are.

What about you? Do you think there’s value in minimalism as a lifestyle?