Should a player ever turn down an offer to play for their country? 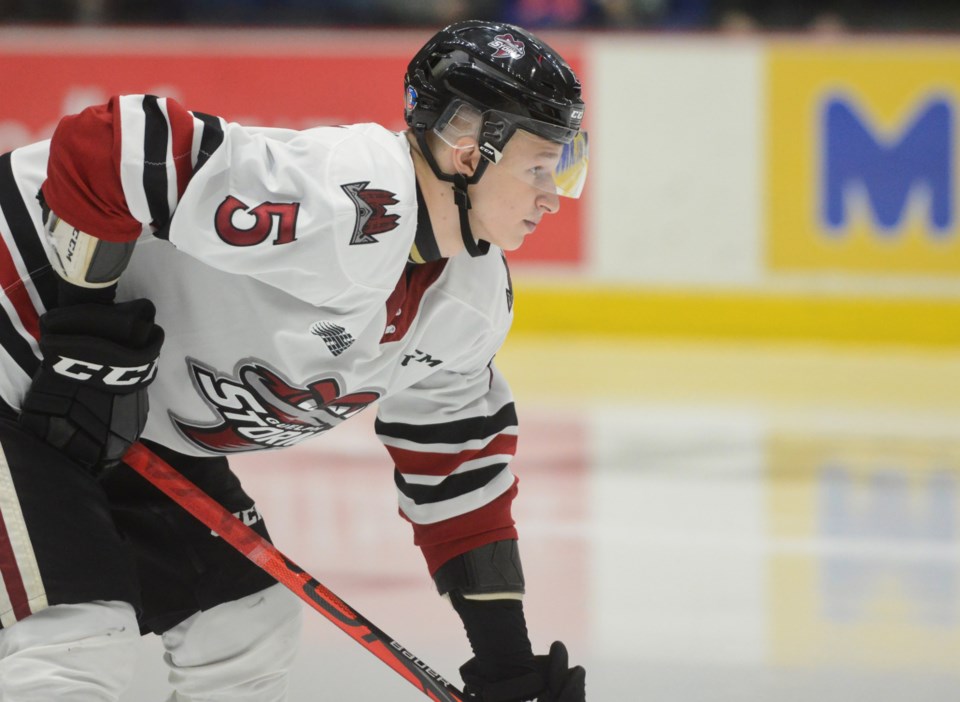 Is it (literally) politically incorrect to ask someone not to play for their country?

George Burnett figured out long ago how to give diplomatic answers to questions that offer the opportunity for undiplomatic responses.

Such was the case when the Guelph Storm general manager and coach was asked about losing Chayka for seven games — 10 per cent of the team’s season for a tournament many people had never heard of.

“We really don’t have any say when it boils down to it,” Burnett said when asked if the team has to release Chayka. “It’s an IIHF sanctioned event. We have to support it.”

“Playing for your country is pretty special and he’s done it four times now. This is the fifth ... We’ll support it, it’s part of what our responsibility is, hopefully he plays well, stays healthy and comes back and has a monster second half.”

That doesn’t mean Burnett is particularly thrilled with losing Chayka, who has established himself as one of the team’s best players in just his second year.

Not eligible for the NHL draft until 2021, Chayka quarterbacks the power play, kills penalties and has 17 points this season.

His departure, coupled with the injury to Fedor Gordeev, leaves the Storm with six defencemen: three of them rookies and two of them in their second year.

“When I look at it, he played in the tournament last year, he’s played for his country at the under-18 twice now, and for me this event is a little bit of a step back. I’m happy to see him represent his country but we’re going to miss him for seven games and that’s big, especially with Feddy hurt.”

It’s not unheard of for a player to decline an invitation to play for their country. Peterborough Petes forward Liam Kirk did it this week when he said no to playing for Great Britain at the World Juniors.

But Kirk is 19, drafted by the NHL and Great Britain is playing in the Division IIA of the World Juniors.

It would be a lot harder for the undrafted, 17-year-old Chayka to say no, even if logging big minutes in seven OHL games is almost certainly going to be better for his development than playing in the World Junior A Challenge.

Instead, you have to suck it up and view it as part of the price of doing business.

And keep your fingers crossed he doesn’t get hurt.

Guelph Storm decides to stay the course at OHL trade deadline
Jan 10, 2020 2:54 PM
Comments
We welcome your feedback and encourage you to share your thoughts on this story. We ask that you be respectful of others and their points of view, refrain from personal attacks and stay on topic. To learn about our commenting policies and how we moderate, please read our Community Guidelines.

Pork Box Specials
Oriental and Area Rugs - Does your rug need a freshening up?