Physical distancing was difficult at the June 6 event, which drew 5,000 people to Downtown Guelph
Jun 18, 2020 3:45 PM By: GuelphToday Staff 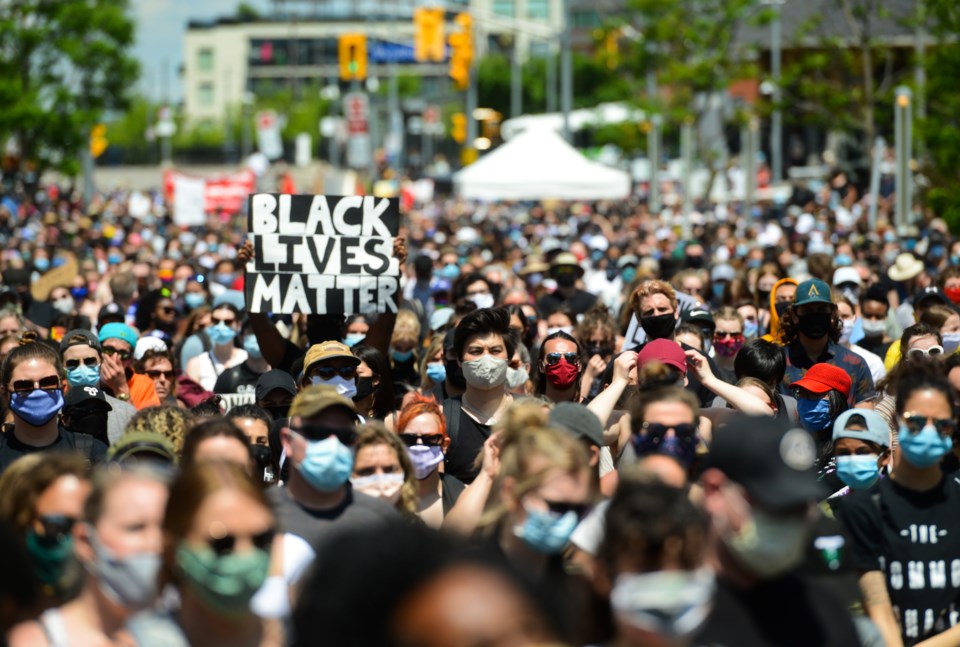 A crowd guesstimated at around 5,000 people showed up for the Guelph Solidarity Protest to Support Black Lives Matter in Downtown Guelph June 6. Tony Saxon/GuelphToday file photo

None of the new cases have been connected to the event.

Thirty five of Guelph's 185 confirmed cases to date have come since the Guelph Solidarity Protest to Support Black Lives Matter event that drew roughly 5,000 people to Carden and Wilson Streets on June 6. That includes 23 confirmed new cases this past week.

While physical distancing at the event was stressed, and when possible adhered to, it was often hard to maintain six feet between people. Almost everyone was wearing a mask

There has been some speculation on social media that the recent spike might be attributed to the event, but so far none of those positive tests have been linked to the protest, said Public Health spokesperson Danny Williamson.

He adds that this only refers to people who have been tested and the fact it has not yet been 14 days since the protest.

A much smaller Black Lives Matter protest is planned for Saturday in Fergus.