An outbreak at the East Village Residences late in January slightly delayed the launch of the pilot project to provide rapid tests to students on campus
Feb 25, 2021 4:59 PM By: Kenneth Armstrong 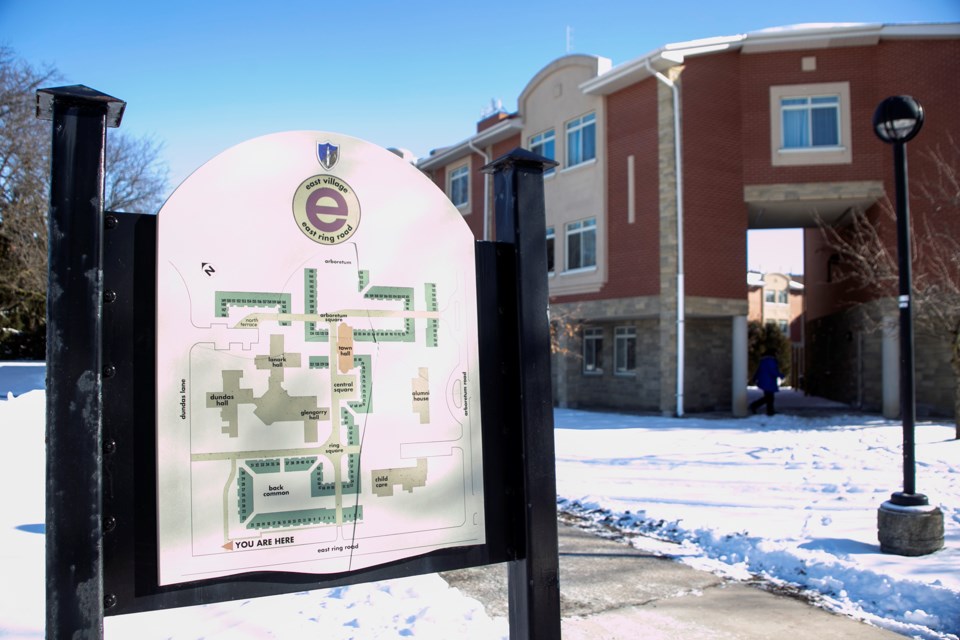 East Village residences at University of Guelph was the site of an outbreak late in January. Now that it has concluded, a rapid testing pilot project for students on campus will begin on Friday. Kenneth Armstorng/GuelphToday

Starting on Friday the University of Guelph is launching mobile testing clinics for students in residence as an expansion of a provincial pilot project that was first aimed at faculty and staff.

The eight-week pilot was supposed to launch the student component earlier this month, but was put on hold due to a January outbreak of COVID-19 in the East Residences, said Alison Burnett, director of student wellness at U of G.

“With the outbreak in residence we had to hold off on the residence piece,” said Burnett.

“We had opened up that pilot for staff and faculty who are working on campus, so people who are not able to work from home and are coming in and working in a variety of roles on campus, a lot of essential staff,” said Burnett.

The mobile testing clinics for students will start on Friday at Lambton Hall and move to the East Village Residences concourse on Sunday in what Burnett called a "two-day blitz."

Participation is voluntary, but Burnett said the university hopes all students on campus returning from reading week will take part.

The 4,000 rapid antigen tests are being provided by the province’s Ministry of Health and take about 15 minutes to complete once administered by Student Health Services staff.

Anyone who receives a positive result will undergo a laboratory PCR test for confirmation and be given instructions to isolate. Public Health will be notified, as will any high-risk contacts.

Burnett said the rapid testing is in addition to the numerous precautionary measures already in place on campus.

“It gives us an opportunity to learn how we might utilize this type of testing as we bring people back to campus and plan for next fall,” she said. “The desire is to have more face-to-face opportunities on campus, so I think this is a component of that — to be able to do that in a safe way.”

“By participating in this provincial pilot, the University of Guelph is taking the lead in accessing an important tool that will help us develop a robust COVID-19 screening program,” said U of G president Charlotte Yates. “It’s vital that we take all the necessary precautions to keep each other and our community safe.”