Ahmed Hussen, Canada's new minister of Families, Children and Social Development, was in Guelph to speak about affordable housing
0
Jan 7, 2020 7:30 AM By: Kenneth Armstrong 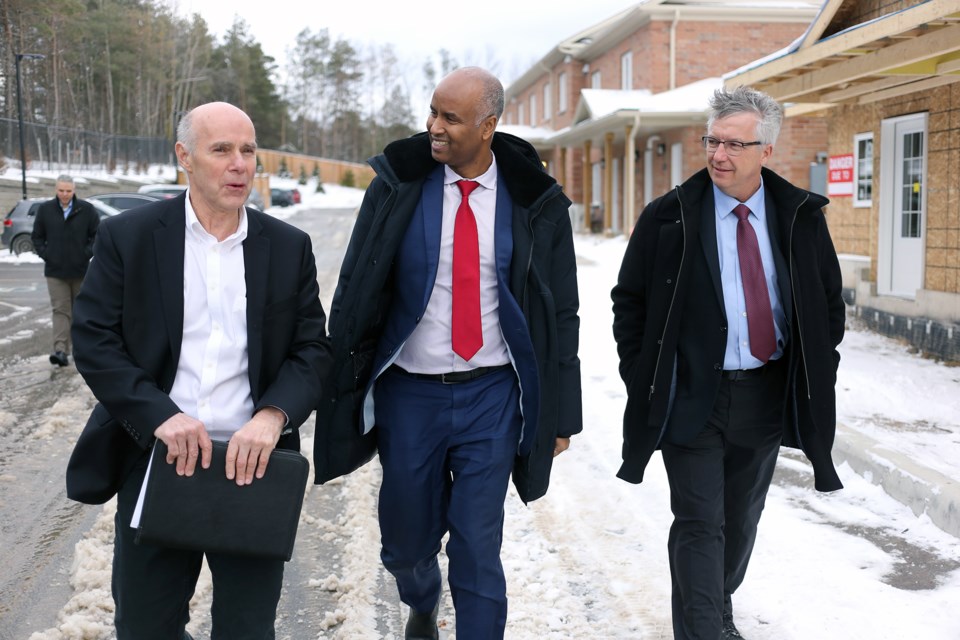 Canadians expect all parties to work together to combat issues like chronic homelessness and a shortage of affordable housing, said the federal government’s new minister of Families, Children and Social Development during a trip to Guelph Monday.

Ahmed Hussen previously served as Canada’s Immigration, Refugees and Citizenship minister under the previous Liberal government but was recently named head of the newly-created Ministry of Families, Children and Social Development.

Stakeholders included members of Guelph’s Poverty Task Force, which reported the success of reducing chronic homelessness in Guelph and Wellington County by 29 per cent over the course of a year.

In November of 2018, there were 162 people on the Guelph and Wellington By-Name List, which lists the known homeless people in the community. By November of 2019 that number had been lowered to 115.

Hussen said he was impressed by the results and is looking forward to more success.

“The data you are collecting is very rich and comprehensive and what they do with the data gives me a lot of confidence that the next 50 per cent will be reduced even further and faster,” he said.

Hussen said he expects all of the federal parties to work together to solve the issues of chronic homelessness and a shortage of affordable housing, because that is what Canadians expected by voting for a minority government.

“I think in a lot of these issues — tackling chronic homelessness, building more affordable units and repairing and revitalizing existing units — you’re going to find support on the government side and on the other side as well,” said Hussen. “We are pretty confident that the vast number of representatives in parliament will support many of these initiatives.”

Hussen said he was visiting Guelph to hear from the people on the ground about what initiatives are working here, as well as to update stakeholders on what the federal government is doing, including the rollout of its National Housing Strategy.

“A lot of that money is now ramping up,” said Hussen.

One of the stakeholders at the meeting was Steve Howard, CEO of Habitat WDG. He said Guelph has a lot of ideas to contribute to the conversation.

“Guelph is a model of community in terms of cooperation, in particular on the vulnerable end of the housing spectrum,” said Howard. “I know the minister heard that and felt that cause.”

Two of the three phases of Cityview Village are now complete. It supports eight families in deferred ownership units in its first block.

“Those units are rented out at 80 per cent of the average rental value, but because we are Habitat, we have treated that rent as if it was a mortgage payment and so we are banking that equity against the eventual purchase of a home,” said Howard.

The second block currently has six units dedicated to traditional Habitat mortgages, with six other units to either be put on the open market or to house people using shared equity mortgages.

“That’s a funding buffer for us just to make sure we don’t run out of money here, because the project is really a balance between the funding we get from the government, our own fundraising — what our ReStores contribute — and whatever is leftover we need to make sure we can finance it responsibly,” said Howard.

The final block will be complete this summer, with an additional eight units dedicated to traditional Habitat mortgages.

Longfield said all three levels of government need to be engaged to combat the issues surrounding affordable housing and chronic homelessness.

“We know we need all three partners to be at the table and working together,” he said.