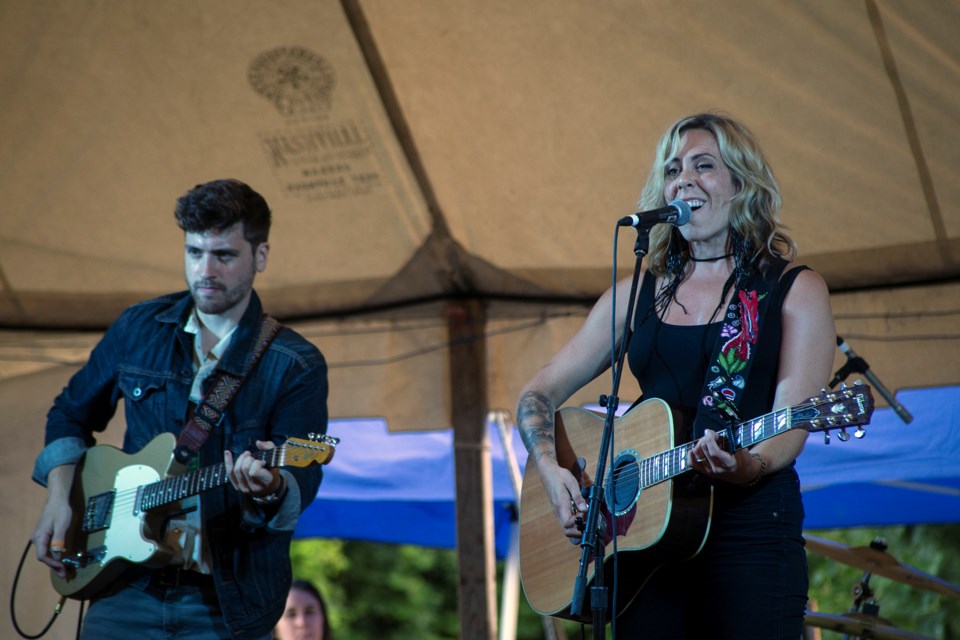 “A voice clear as a bell, reminiscent of Joan Baez and Joni Mitchell,” Germany’s Lindencult Times says of Rheaume.

Known for eloquent, expressive and well-crafted compositions, Rheaume recently released her fifth studio recording, The Skin I’m In. Produced at The Tragically Hip’s famed Bathhouse Studio near Kingston, The Skin I’m In sees Rheaume reflect on her Métis heritage – including on the album’s moving title track – as well as address issues of identity and mental health.

A seasoned live performer, Rheaume has toured extensively both across Canada and in Europe. She believes in music as a force for good, illustrated by visits to the Ontario Indigenous community of Attawapiskat, Canadian Forces Station Alert in the far North and three trips to perform for Canadian military personnel in Afghanistan.

Amanda Rheaume is presented by River Run Centre as part of the Borealis Music Series, which also receives funding support from the Ontario Arts Council and the SOCAN Foundation. River Run Centre is funded in part by the Government of Canada and gratefully acknowledges 2019-2020 season sponsor Richardson GMP.