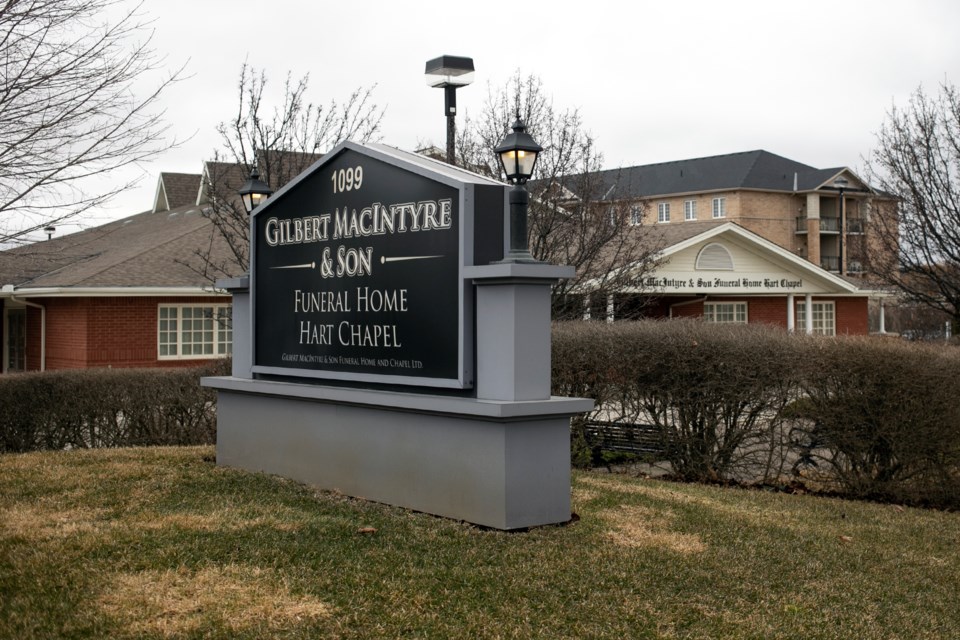 Funeral homes in Guelph said they’ve never seen funeral services cancel one after the other as they have in the past few weeks.

“In 40 years, this is the first time I’ve ever had to cancel or postpone a service.”

And for the ones that are going forward with  services, the funeral homes are limiting the capacity to 50 people as per provincial guidelines.

Skipper said postponing the funeral services is understandable because friends and families want to remember their loved ones in the best possible way while also including those who want to come to the services.

He said with new safety procedures being announced every day, it’s a challenging time for everyone involved especially for families.

“They’re missing out on social contact and the support that families will receive from family and friends because nobody is getting together!”

He said the entire situation will likely continue to be tough on families even when they have a service whether it is next week or next month.

“The problem is we don’t know, so families are having to deal with their grief basically alone,” said Skipper.

“Anything to do with food and gatherings has been cancelled as well. Were just trying to follow the best procedures,” said Skipper.

The funeral homes across the city are also monitoring the situation and following advice by Wellington-Dufferin-Guelph Public Health.

“We have signage across the funeral home telling everybody to avoid physical contact and the washroom and disinfect your hands and then we have the cleaning stations throughout the funeral home,” said Mike MacIntyre, president of Gilbert MacIntyre & Son Funeral Home and Chapel.

MacIntyre said the funeral home is only allowing its main door open to remain open in order to limit the number of door handles people are touching.

He said the staff has always used personal protective equipment such as an N95 mask, gloves and gowns for staff to wear when transferring the deceased and they will continue to do so at this time.

MacIntyre said burials are currently being held privately with family members who are likely going to have a public memorial at a later date.

“Because of the disposition of the burials and the cremations, we’re encouraged to have that take fairly soon rather than holding off,” said MacIntyre.

MacIntyre said if families wait months to bury the deceased, that means they will have to house the deceased for an indefinite amount of time.

“If we knew how long we’re waiting for it would be different but we don’t. It’s new for us too so we’re still trying to figure it out,” said MacIntyre.

Wall-Custance Funeral Home owner Scott Young said because families have relatives across the world, they are postponing their services until there’s a little more certainty about the COVID-19 pandemic.

He said people understand the seriousness of the pandemic and have been very respectful of the safe practices and guidelines implemented by the province.

“Especially with the older folks, they may not visit friends because they’re at the same vulnerability as the person who died so they do it through sending an email, sending flowers or sending a card,” said Young.

Young said his wife’s father died a week ago and the family will likely not be holding a service till the end of summer.

“She hasn’t been able to gather with her whole family and grieve,” said Young.