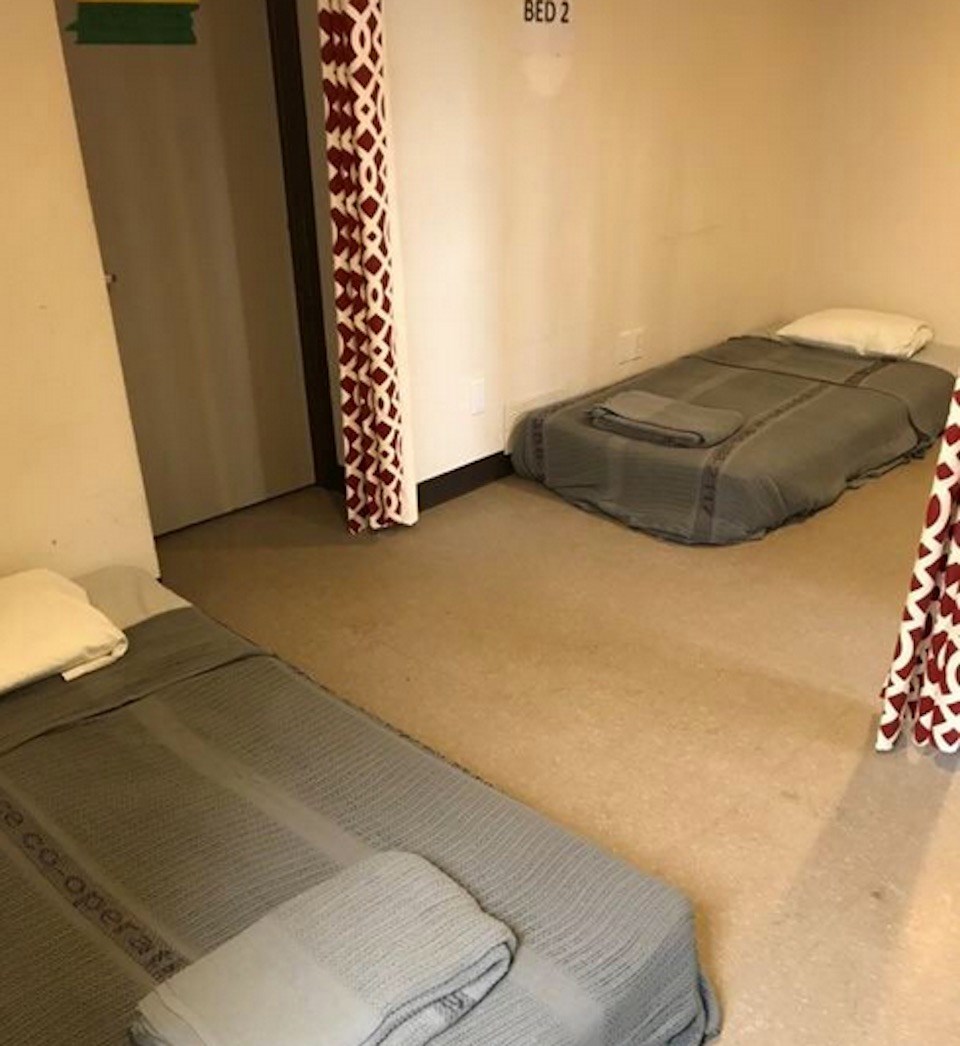 Supportive recovery room that was part of the pilot project. Photo courtesy of Guelph EMS

The city committed to three initiatives Tuesday that came out of the Mayor’s Emergency Task Force aimed at the homeless and addiction issues.

The city will be using contingency reserve funds to fund its portion of the three programs and will also look at long-term sustainable funding needs for these programs over the next year.

“We should be applauding ourselves for moving fast on this,” Mayor Cam Guthrie said.

Several councillors expressed concerns about the cost of running the initiatives after this year.

They agreed with the intent, but had concerns about funding both now and in the future.

“It’s not our jurisdiction, they’re provincial jurisdiction. This is a health care issue,” MacKinnon said of the first two initiatives, which he voted against. “I come up with a huge list of things the province should be funding, but isn’t.”

Coun. Mike Salisbury shot back: This is a crisis that is life and death …. It’s not our problem but it’s absolutely our duty to take care of our community.”

“It can cost more than that to our community to not offer them that bed,” added coun. James Gordon.

O’Rourke and coun. Dan Gibson were in favour of funding the start of the programs but were cautious about what might happen to them in the future if partner funding was not forthcoming after this year.

Gibson said he supported the initiative, but if partner agencies backed out of their role in the future he might have to reconsider.

Guthrie said that these funds help ramp up the programs and the next move will be to explore other options and sustainable funding sources to move them forward.

The other agencies involved in the programs will also be encouraged to seek additional funding for the new programs.

Mayor's Emergency Task Force to include those with 'lived experience'
Dec 21, 2018 1:00 PM
Comments