Whether it means taking over parking spots or entire streets will be determined over the next couple of weeks as staff consults with the business community
Jun 17, 2020 8:11 PM By: Tony Saxon 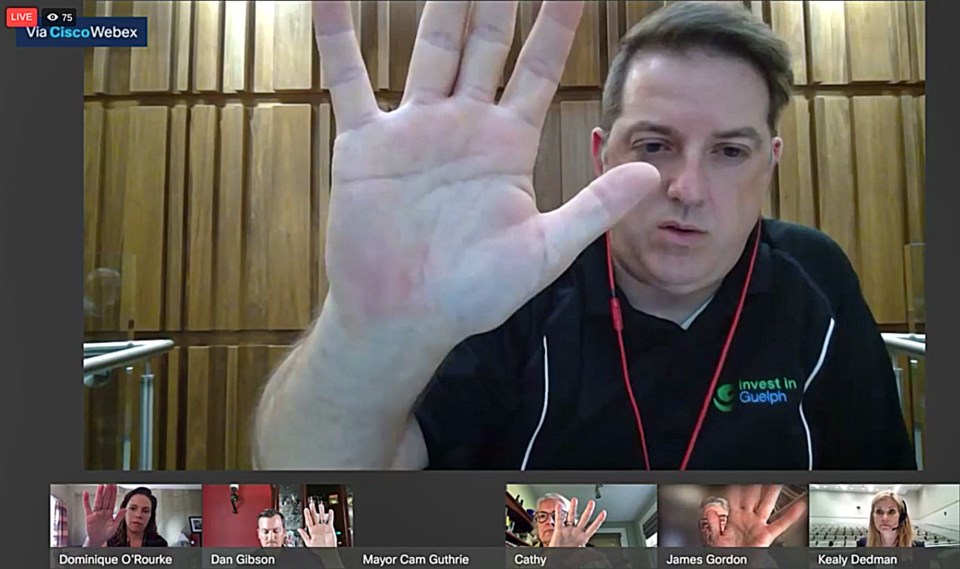 City council has approved a pilot project that will see downtown restaurants and cafe’s allowed to expand patios onto city streets and/or parking spots.

City staff will now consult with the Downtown Guelph Business Association and individual business owners to determine just what that will look like.

It could be as small as a business putting a couple of tables in an adjacent parking spot or it could mean completely closing a certain street or streets for a period of time to create a shared dining district.

Whatever it is, it will happen fast.

If the city can get the necessary regulatory approval from the province, the start date for the project will be no later than July 1.

Things such as safety, accessibility, Public Health and provincial guidelines, emergency services and public transit will all be taken into consideration.

Mayor Cam Guthrie tabled the motion and said he had extensive engagement with people since bringing the plan into the public light a few days ago. He said all that engagement was positive.

With some councillors expressing reservations that not all businesses would be in favour, the mayor reminded council that the DGBA would be playing a significant role in guiding any staff decisions on when and where patios and dining districts might go.

“There will probably be some zigs and zags as we try and feel it out and there might be some complaints and I acknowledge that,” Guthrie said. But added that the benefits outweigh the risks.

“We need to move fast to help our businesses,” he said.

The mayor also said he had discussions with representatives from the province and they were eager to help the city make it happen.

During Wednesday’s meeting, the mayor downplayed comments he made earlier this week to GuelphToday where he stated that his “preference” was to see the project happen from Thursday night to Sunday night each week and also that it was his preference that it happens on several streets in the downtown core at once.

The motion approved Wednesday does not have any time parameters or locations. Those will be determined by staff with input from businesses and the DGBA.

Guthrie urged council to listen to the words of a delegate earlier in the evening who talked about the need for such measures.

Colton Proveau, co-owner of Brothers Brewing on Wyndham Street, said the business is “scraping by” right now due to COVID-19.

“Downtown is looking at a fall and winter that just isn’t very promising,” he said, referring to the likely reduction in university students spending money downtown.

The motion passed 12-1, with Ward 6 councillor Mark MacKinnon the only dissenting vote.

MacKinnon had concerns with city staff making the decisions on where and how big the project would be.

MacKinnon said he would support something “small and focused” but had concerns with what might happen without any oversight by council, saying it should be a council, not staff decision.

Councillor June Hofland said she has heard from many businesses that are opposed to the proposal.

“How do we know the needs of our business owners if we’ve not asked them?” Hofland said.

But councillor Bob Bell said there was an “urgent problem in the downtown and we need to address it as soon as possible.”

“I support this,” added councillor Cathy Downer. “The DGBA is going to be driving this.”

The project will run until the fall.

A report will come back to council in April with consideration given to making it permanent.