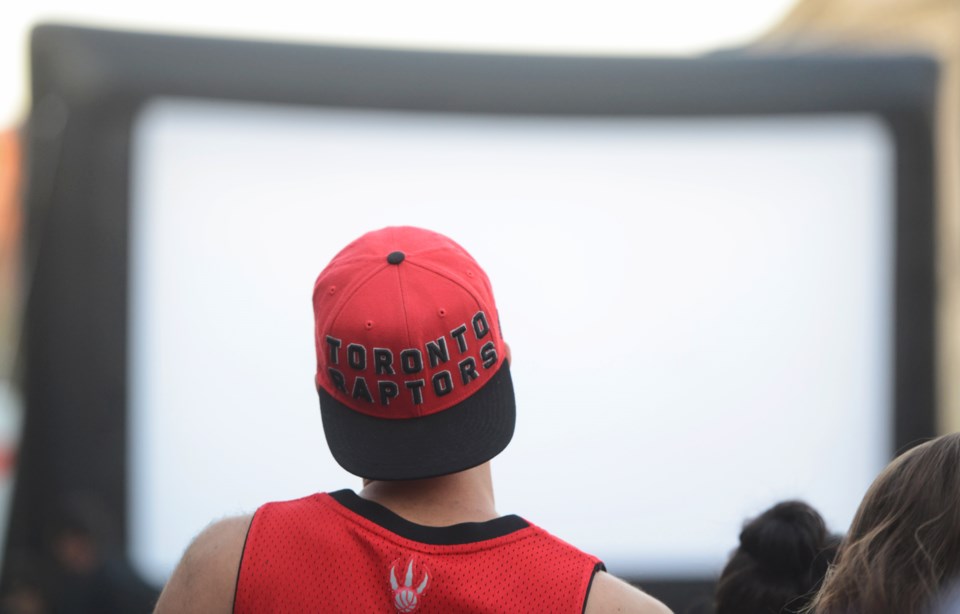 A fan awaits the start of the game on the city's new big screen last Friday. Tony Saxon/GuelphToday

Update: The mayor reports the backup plan fell through and now it's outside or bust for Game 6.

The City of Guelph hopes to be able to show the Toronto Raptors game on the big outdoor screen again Thursday night, but if it can't they are working on an alternative.

The weather forecast is calling for rain, wind and cool temperatures for Game 6 of the NBA Finals on Thursday night, where the Toronto Raptors will try and clinch its first NBA title with a win over the Golden State Warriors.

The city did show Game 4 live on a closed-off Carden Street last Friday and it drew around 2,000 people. Monday's Game 5 couldn't be shown because of bad weather.

Mayor Cam Guthrie said the city is working on a back-up plan if weather prevents the game from being shown outdoors. It won't be at the Sleeman Centre though, as there is a circus in town that night.