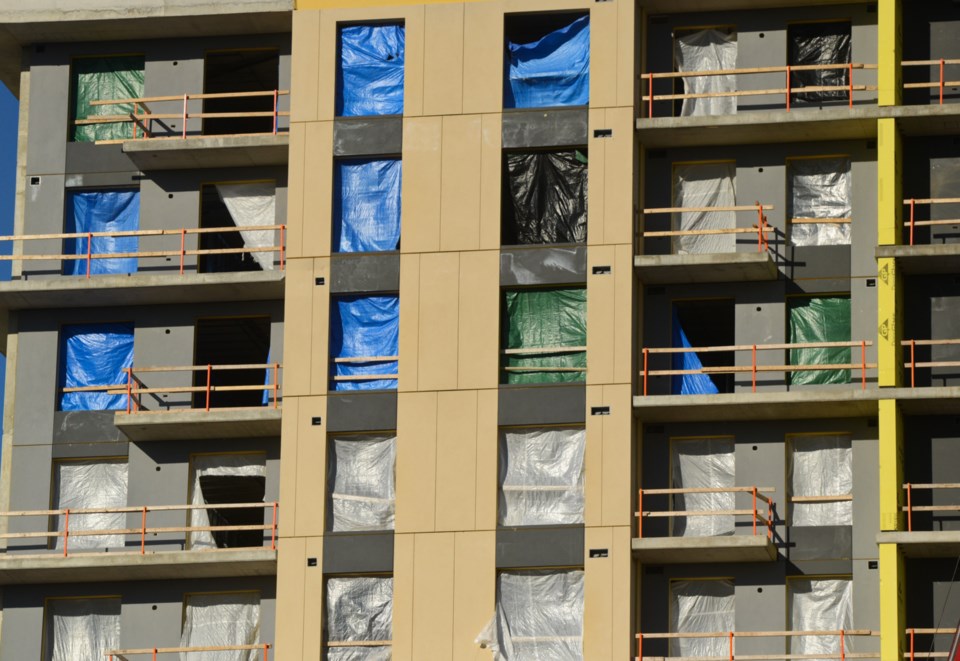 With more medium and high-density housing coming on-stream, the city’s mix of options is becoming more balanced as it strives to reach mandated population intensification requirements, states a staff report.

“A shift in the demand for different forms of housing combined with policy changes that promote transit supportive densities, decreased affordability, and a greater mix of housing will result in a higher proportion of medium and high density forms of housing being constructed.”

There are an estimated 55,679 occupied dwellings in the city. About 53 per cent of which is made up of single-family homes, with townhouses providing 21 per cent and apartments making up 26 per cent.

New apartment buildings are the “dominant” form of new dwelling units in the city, accounting for nearly half of all new residential units built since 2014.

“While the proportion of apartments fell in 2020 in both the built-up area and the greenfield area, apartment construction continues to remain strong over the long term which helps to contribute to Guelph’s intensification target and designated greenfield area density target,” the report states.