The last budget meeting before decision day on Dec. 3 also saw 13 delegates address council on a variety of budget items
Nov 28, 2019 7:00 AM By: Tony Saxon 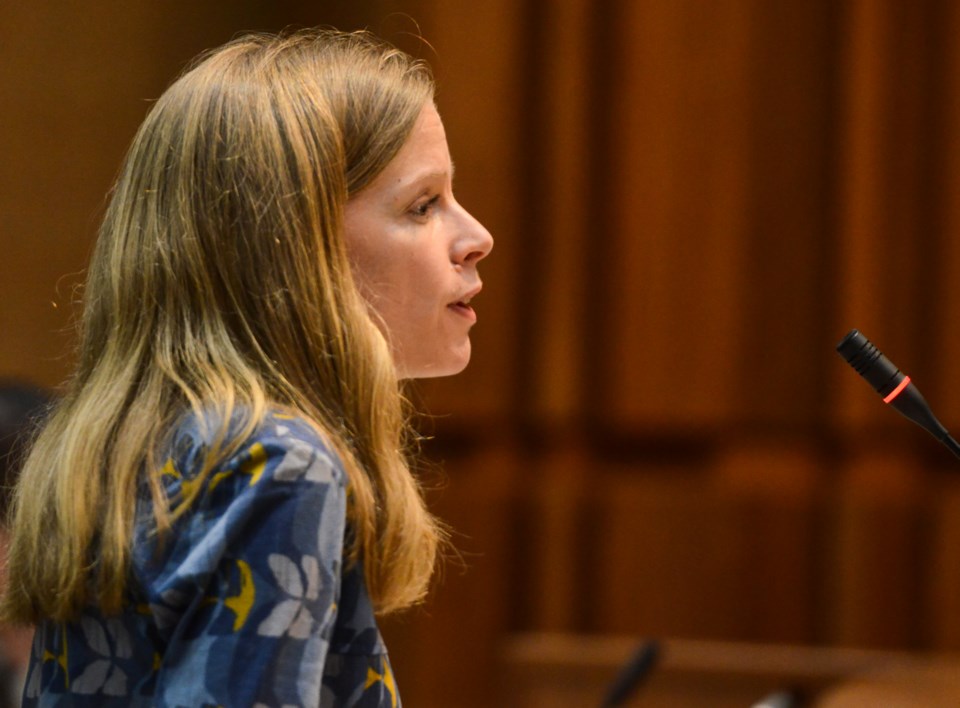 Councillor June Hofland said she may the Guelph Police Services Board to spread out its big budget ask over two or three years.

Hofland made her intention known at Wednesday night's final council meeting before it debates and sets the 2020 budget on Dec. 3.

Councillors are asked to state their intentions of that night in advance.

Hofland said she plans on seeing where other councillors stand on the issue as well as discussing with the chair of the Guelph Police Service Board in advance of Dec. 3.

It was pointed out that council can not pinpoint a certain ask to the board, which operates independently, but it can come up with a certain number and ask the police board what the impact of that council ask would be.

The board does not have to accept council's ask, it can take the matter to a provincial mediator.

Councillors Mike Salisbury, James Gordon and Phil Allt also said they were in favour of "phasing in" of the police ask rather than giving it all in one year.

The tax increase currently sits at 3.08 per cent for 2020. Closer to 4 per cent once transit expansions and contributions to Guelph General Hospital renovations are likely added on some level on budget night.

Other intentions expressed included money to support the Welcoming Streets initiative, Supportive Recovery Room and Addictions Court Support worker, $100,000 for security lighting at The Elliot Community, spreading out the $4.5 million ask from Guelph General Hospital, money to help continue eight playgroup locations planned on being closed down and reducing the transfer to the infrastructure reserve by half a per cent.

Wednesday was also the chance for delegates to speak on the tax-supported operating budget. A total of 13 people registered as delegates.

Shakiba Shayani, president of the Guelph Chamber of Commerce:

Shayani spoke about prudent investment, reducing red tape, city policies updated by the city’s community plan and support for the call for a new transit route in the Hanlon Creek Industrial Park.

“Sixteen of the businesses have articulated that they have a hard time maintaining and growing their business” because of a lack of bus service, Shayani said.

Coun. Dan Gibson asked Shayani if it wouldn’t be better to wait until ridership increased in the area, specifically when the Co-operators moved out there in a couple of years, rather than run a bus route that would cost over $900,000 its first year while bringing in only $16,000.

After Gibson asked his questions, a couple of councillors teed up questions to Shayani allowing her to point out that service would attract more business if it existed.

Shayani said the Chamber of Commerce is surveying its members to come up with specific examples where city red tape has been a problem. Those results will be shared with the city in April.

Klotz spoke in support of Welcoming Streets initiative that puts a front-line worker on downtown streets to help the vulnerable and city businesses deal with issues that may arise.

She spoke of how successful it’s been, both for vulnerable people and those Downtown Guelph businesses.

CHC is asking for $91,000 from the city in one-time funding in the 2020 city budget, on top of funding they get from the United Way, police and Downtown Guelph Business Association.

Porter gave a ground-level look at how the initiative is working.

She said sometimes her interactions lead to connecting vulnerable people with agencies and groups that can help them. Sometimes interactions are just relationship building.

Daily check-ins with businesses, responding to calls from businesses who are concerned with people’s welfare or are having difficulty interacting with people.

McPherson spoke on the city’s affordable housing crisis, pointing out that there are at least 127 people experiencing homelessness in Guelph.

“You have the power to leverage the resources to address the issue,” McPherson said, pointing toward possible federal funding for affordable housing.

Housing is the answer, she said.

Manthenga spoke in support of the addiction court support worker program that was resurrected this year.

The program sees an outreach worker placed in court to help people address their drug use and the charges directly and indirectly related to their substance issue. Advice and referrals are key elements of the program.

Manthenga was asking council to renew its $61,200 commitment for a second year of operation.

As of right now the support worker has 31 active clients on their caseload, with 100 passing through the program since March, a number limited because there isn’t the capacity for the roughly 300 other people who would qualify and benefit from the program passing through bail court this year.

Mewhinney was asking for council’s continued support for the expanded Supportive Recovery Room above the Welcome Drop In Centre where people dealing with the effects of substance use can recover in a monitored, clinical setting with clinical care and referrals on hand.

Mewhinney was asking for council to renew its $150,000 to help sustain it for next year.

Hoekstra also spoke in support of the Supportive Recovery Room, detailing the story of a client she knows who benefitted from the program.

“All he wanted to do was rest and feel better,” Hoekstra said of the client, Jeremiah.

Hoekstra pointed out that the SRR is “much more than a place to rest.”

The hospital is seeking $4.5 million from the city for emergency room expansion and other renovations.

Mills said the emergency room is seeing over 63,000 visits annually, about 20,000 more than its designed for.

The city has looked at spreading the request out over several years. Mills said six years was a possibility.

He also said route expansion to the Hanlon Creek Business Park is “important” for a variety of reasons.

She said her research (she is a research librarian) she believes that just increasing police presence doesn’t address one of the core issues police are trying to address with the additional budget: namely an increase in mental health calls.

“Why must so many of our social services be expected to do more with less, when our police service is not asked to do the same?” she asked.

“I encourage you to take another look at the police budget,” she said.

Also spoke on what she felt was an unreasonable budget increase request by police.

“Contrary to what some believe, total reportable crime in Guelph is still under the national average,” Evans-Bitten said.

A former police officer, Evans-Bitten said Guelph does not need to spend that much on policing.

“Families just can’t keep up with these (tax) increases,” she said.

“We are being asked to make sacrifices to make ends meet …. But may I ask, your Worship, councillors, what will you sacrifice for your citizens, to help the city make ends meet?”

“A 10 per cent increase in one year is unrealistic and too much to ask for right now,” she said council should be telling the police board.

Collier spoke on the Inequities in the transportation system, and how the city deals with them.

More funding? There are other options other than raising taxes, which council realizes, although it’s a long road.