Councillor says council, not staff, to blame for budget increase starting at 3.93 per cent 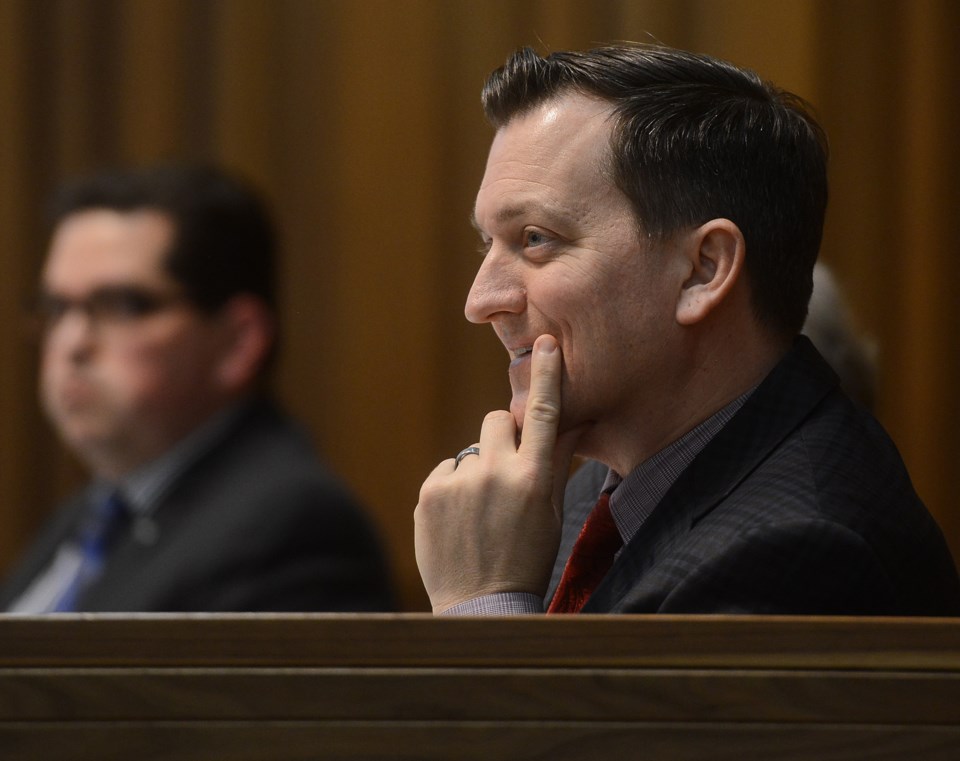 Ward 1 councillor Dan Gibson says council has to take the heat for a potential budget increase well above the rate of inflation.

Initial budget submissions show a tax supported city budget increase of 3.93 per cent over last year. For a home assessed at $400,000, that would mean a property tax increase of $157.

But Gibson said don't blame city staff. He said the reason it is so high (council won't finalize the budget until March 5) is because of decisions made by council.

"I'm just expressing my concerns over what I'm seeing and observing early in the budget process," Gibson said in an interview.

He said since the proposed 3.93 per cent increase was announced there seems to be "a bit of a temptation" for council to "back away" from the proposed budget and let staff take the "ire of the public."

"I feel like we should be reminding the public that it's our staff that's delivered rate of inflation-based budget increases and surpluses for the past three years. That's a very important message for the public to understand," Gibson said.

"Our executive team and our staff are performing well delivering us budget surpluses and bringing us budget increases that are in line with inflation. These are council decisions that are driving this budget up," Gibson said.

What has pushed the increase up, Gibson said, are decisions made by council in 2018 that have implications on the 2019 budget.

This year's proposed budget increase includes $2.2 million that were caused by decisions made by council in 2018, including the decision to cancel paid on-street parking ($600,00) and restoring more frequent bus service to the city's least-utilized bus route ($175,000).

"We should really be receiving a 2.93 per cent budget request, but instead we're really receiving an almost 4 per cent increase," Gibson said.

"We're not getting to the root causes of why the budget is going up. There's this false dichotomy that's occurring that to address housing and homelessness, we hae to have huge tax increases. That's simply not true."

He took to Twitter on Sunday to express his concerns, which led to an exchange with Mayor Cam Guthrie over Twitter, as the mayor attempted to put some perspective on the numbers contained in Gibson's tweet.

Happy to have a conversation about this! pic.twitter.com/7L4pU7cnHK

Gibson and the Twitter exchange with the mayor was nothing more than positive discussion on something that both care about and not a disagreement.

"The back and forth with the mayor and I was honestly just conversations that him and I have all the time," Gibson said. "We've spoken since.

"It's not an indication of mis-alignment. We're individuals with thoughts on the budget and I'm driving a converstation and to his credit he's welcome to have it and challenge me as well."

He said it's important to have a discussion now about driving the budget down rather than wait until March 5.

Guelph City Council going to the dogs Monday night
Feb 24, 2020 12:29 PM
Comments
We welcome your feedback and encourage you to share your thoughts on this story. We ask that you be respectful of others and their points of view, refrain from personal attacks and stay on topic. To learn about our commenting policies and how we moderate, please read our Community Guidelines.