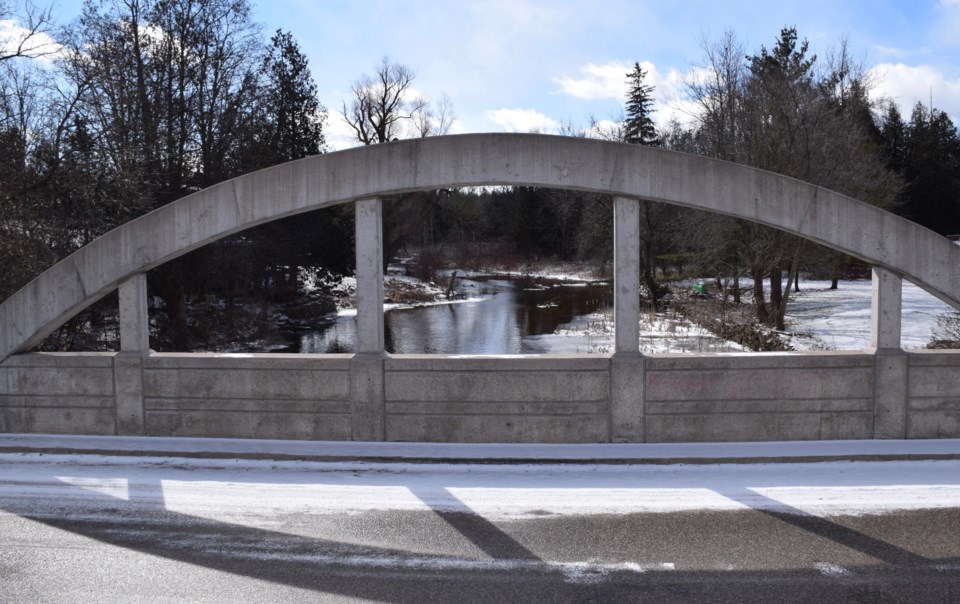 Tea, coffee, apple cider and homemade baked goods will be offered for sale to enjoy while looking at old photos and soaking up the history.

Come out and learn about the unique history of the village and its families, and visit with old and new friends.

Entrance is free but donations welcome with proceeds to Eden Mills Community programs.
*To reserve a table to show your historical pictures or objects/family genealogy/pictures contact Barb at 519‐856‐4463.
http://edenmills.ca/

Eden Mills History Day
The village of Eden Mills, nestled in an Eramosa River valley, with its population of
about 350, has a rich history. In the 1600s, its dense cedar bush was the
favoured hunting and fishing grounds of the Attawandaron Nation, also known as the Neutrals. Following the Neutrals’ occupation, the area was in the Mississauga of the Credit territory who negotiated the sale of a large tract of land, including the area now called Eden Mills, in 1818.

In 1842, the Kribs brothers founded “Kribs Mills”, which was renamed Eden Mills in 1846
by the new mill owner, Adam Argo. He renamed it because the location seemed to be
as beautiful as the Garden of Eden.

For many years Eden Mills boasted a grist mill, an award-winning oatmeal mill and
several saw mills. The mills relied on the water power generated by the Eramosa River,
which splits into two branches in the village flowing to join the Speed River in Guelph,
and then the Grand - a Canadian Heritage River.

During the nineteenth and early part of the twentieth century, Eden Mills was a bustling
centre of commerce. In addition to its three mills, it boasted a three-storey general store,
a hotel, post office, black smith shop, taxidermist, Toronto Suburban railway stop,
gas stations, a second general store and a coffee shop. The change in the importance
of rivers for power and the rise of the automobile eventually led to the by passing of
the village.

In the early 1930s, Eden Mills was a favourite cottage and vacation destination, with a
stop (in what would become Edgewood Camp) on the Toronto Suburban Railway that ran from Guelph to Toronto and back. Vacationers and villagers alike spent lazy, summer days swimming
in the iconic Millpond.

In the 1940s and 1950s, life revolved around the two churches (United and
Presbyterian), the local one room school (SS#11), the village hall, and the softball
diamond. Before the internet, the village post office in Marshall’s
General Store and Norm Thomas’s Coffee Shop were the main places to exchange
the news of the day. Today, the charming hamlet looks much like it did 100 years ago.

On Sunday February 3, 2019 from 1 to 4 o’clock pm, the Eden Mills and District
Community Club will celebrate the unique history of the village with Eden Mills History
Day, at the village hall. Over 20 organizations and people will be on hand to display
old photos and historical documents.

This year History Day organizer Barb Marshall would like to highlight the themes of “then
and now” and “transformation and change” in the village. Marshall reflects, “As we reflect on the past, we see that Eden Mills has reinvented itself once again - a vibrant village with a “can do” attitude - widely recognized for its innovative literary, artistic and environmental achievements.

Several of the village’s historic buildings and properties have been repurposed and
revitalized in recent years. The displays including Edgewood Camp, Rivermead
(former United Church), Eden Mills Hall, and the Mill will tell their unique stories.

Baby Lucy to receive treatment after world rallies to raise $2.5 million
Aug 10, 2020 10:50 AM
Comments
We welcome your feedback and encourage you to share your thoughts. We ask that you be respectful of others and their points of view, refrain from personal attacks and stay on topic. To learn about our commenting policies and how we moderate, please read our Community Guidelines.