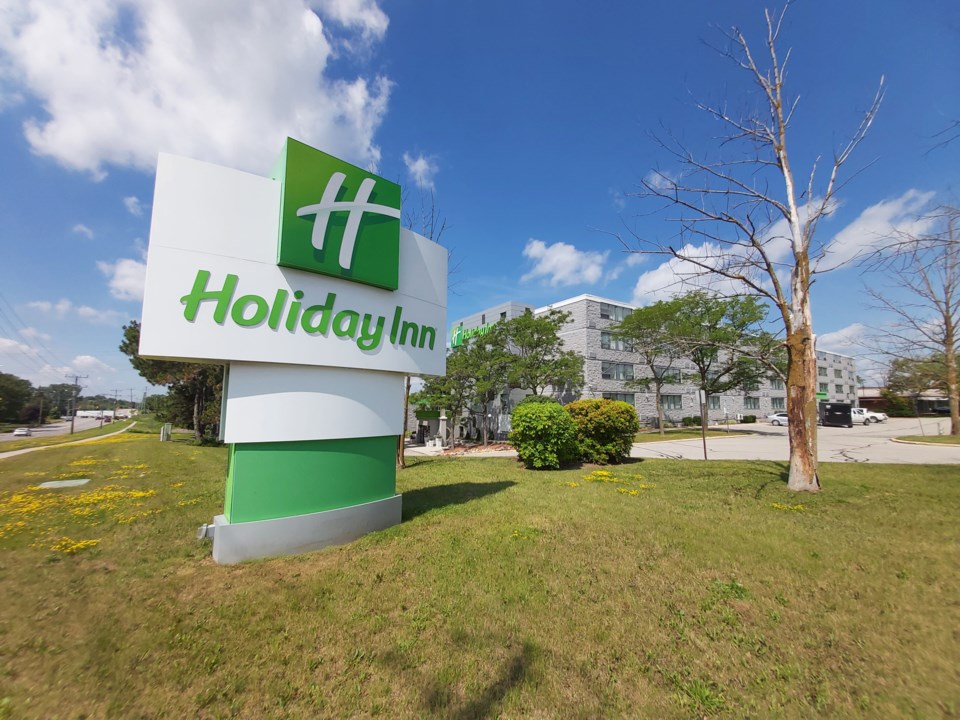 Holiday Inn on the northwest corner of Stone Road and Scottsdale Drive.Richard Vivian/GuelphToday

Workers, past and present of the Holiday Inn on Scottsdale Drive plan to pay tribute to the hotel that touched the lives of many in its 42 years of operation.

The Holiday Inn Guelph Hotel & Conference Centre will be closing its doors on Aug. 17 and was one of the first hotels of a major chain in the city.

Terri Monte, a former conference service manager for 21 years, said a reunion event on Aug. 8 hopes to bring workers to connect over dinner to reminisce about the good memories of working at the hotel.

“If we can get any pictures that would be great and then we're going to put them on a board so we can just get to see people again and have good memories,” said Monte.

“We've always  planned to have a reunion and it just never happened so one of the assistants, who was my manager, asked if we could do something just to see everybody again.”

Monte said the hotel had numerous long-term employees there who stayed because of the positive work culture. She said the first employee hired at the hotel was Ethel Bryson on June 9, 1979, and the hotel opened on June 21, 1979. Bryson, currently retired, worked in housekeeping for years and will also be present at the event.

“I enjoyed working with the public, more than anything. I did weddings and stuff so of course  I got to know a lot of people at birthday parties and we had a lot of repeat customers and it was just a good place to work. And we had good benefits too because we could travel,” said Monte.

She said the team of workers plans to get together for dinner and a drink and currently has 26 confirmed guests. Past and present employees can contact  Monte directly at HIGuelphevent@gmail.com for more details if they wish to come.

A representative from the hotel said efforts will be made to place employees in other hotels within the company, but given the impact of the pandemic, permanent layoffs are expected.