GO Transit adds more runs to and from Guelph 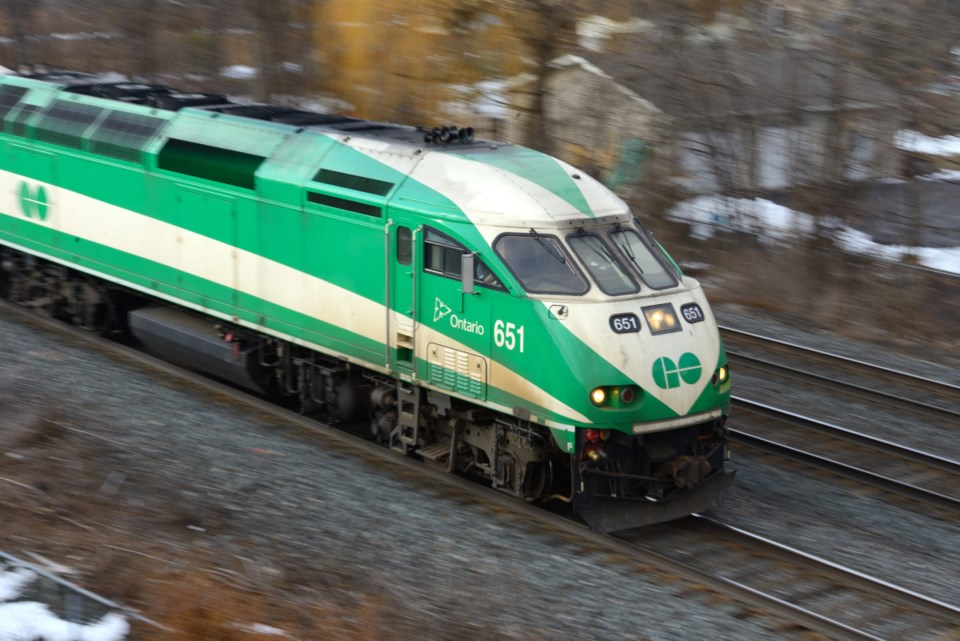 While it is not all-day GO Train service, Guelph will be getting expanded GO service starting Sept. 3.

A number of new or extended runs have been added that put more stops in Guelph on weekdays.

The new Guelph runs were part of an announcement in Toronto on Thursday detailing 84 more trips and extending 65 other trips across the GO Transit network.

"We're delivering on our promise to expand transit in Ontario by offering more service, more trains and more choice for GO customers," said Caroline Mulroney, Minister of Transportation, in a news release.

"For GO Transit, this means an expansion program that will transform GO into a comprehensive two-way, all-day rapid transit system with service every fifteen minutes on core segments of the network."

"These changes are another major step in our GO expansion program. The new express option for Kitchener will save customers 20 minutes in their daily commutes. We're doubling rush-hour service for West Harbour GO, and weekend Niagara service will now run all year," said Metrolinx President and CEO Phil Verster. "Offering nearly 150 new and extended weekly GO train trips means our customers have more options to travel when they want to go."

Guelph MPP Mike Schreiner said in a statement that the expanded service makes sense ”and this news brings us closer to the long-promised all-day, two-way service between Guelph and Toronto.

“While these stepwise changes are helpful, the Ford government should provide a timeline of when all-day, two-way service will be in place. This would give businesses and people predictability and allow us to hold them accountable to promises,” Schreiner said.

And before hourly GO service is a reality, there is no reason we cannot fill the gaps with express bus service between cities including Guelph, Hamilton, Cambridge and Kitchener-Waterloo.”