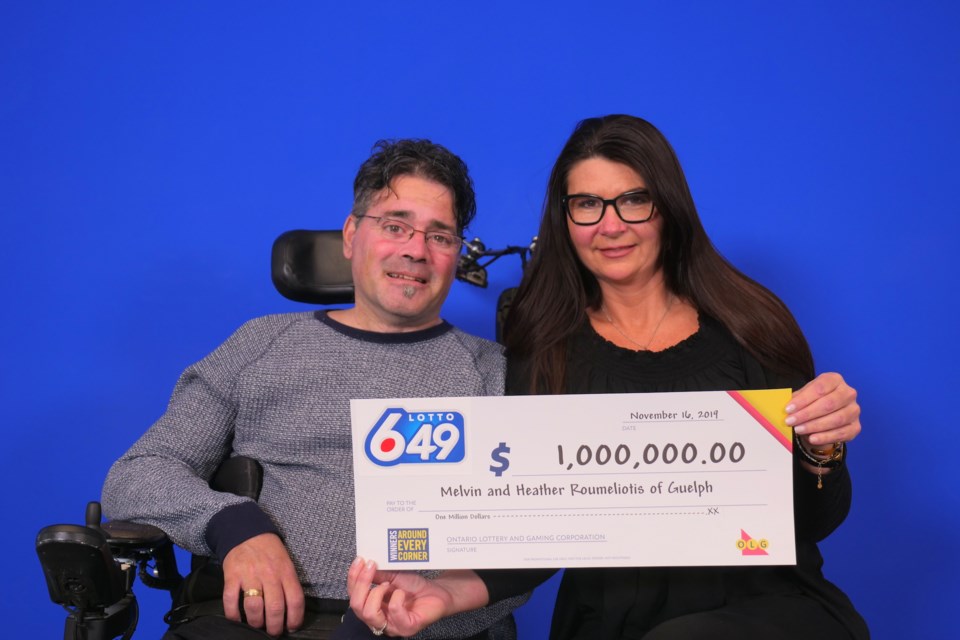 "We were shocked and turned stone faced when we realize we won," shared Melvin, 52, while at the OLG Prize Centre in Toronto to pick up their cheque.

The married parents of two have some plans for their windfall. “We’ll invest a little, share a little and spend a little,” smiled Heather, a 50-year-old nurse.

"Aside from this, I've already won the lottery marrying Heather," Melvin concluded.

The winning ticket was purchased at 7-Eleven on Speedvale Avenue in Guelph.