Going on scene for illegal burn complaints can mean firefighters are momentarily tied up in the case of an emergency
Jun 15, 2020 1:45 PM By: Kenneth Armstrong 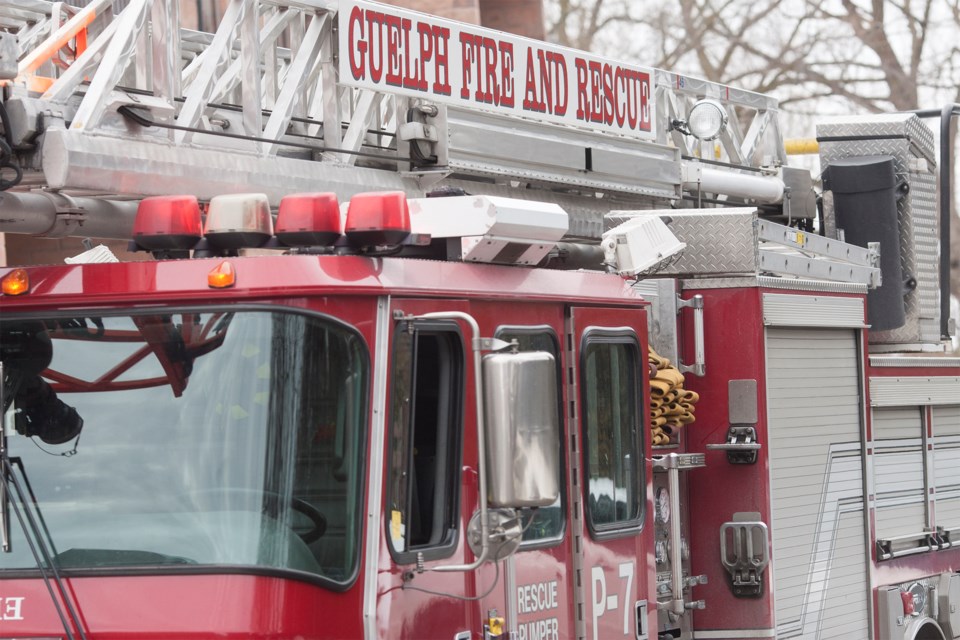 The Guelph Fire Department responded to 11 calls for illegal burns on Saturday, nine of them within a two-and-a-half hour span.

Fire chief Dave Elloway said it is important for everyone in the city to follow the bylaw against outdoor recreational fires, especially as the weather heats up and conditions become more dry.

“By no means is it there to extinguish anyone’s fun, it’s there to make sure we have the safe guidance,” said Elloway.

The City of Guelph prohibits the use of fireplaces, fire pits and chimineas within city limits, with possible fines up t $50,000 and/or up to one year in jail.

Most illegal burn complaints come from people calling in about their neighbours, said Elloway.

A few of the calls on Saturday ended up being classified as unfounded. In those cases the occupant may have been using a TSSA-approved gas appliance that simulate a campfire or fireplace, which he said is allowed under the Ontario Fire Code.

“That’s absolutely acceptable, but open burning runs risks in an urban environment as we get into the summer months here and things are only going to get more dry,” said Elloway. ”What we’re trying to do is to make sure that we are safe in the urban environment.”

Open air burning is allowed if a person is cooking food on a grill, barbecue or spit. Cooking does not include roasting marshmallows or hot dogs.

For the complaint calls that were deemed founded, Elloway said from the information he had, the occupants were given warning.

“Most of it was an education piece that was conducted with the occupants when they are found to be in contravention,” said Elloway.

Nine of the Saturday illegal burning complaint calls came between 8:12 and 10:36 p.m. and were located all across the city.

Education is important, but Elloway notes that firefighters going on scene for illegal burning complaints can mean they are momentarily tied up in the case of an emergency.

“Once you commit yourself to something, whether it’s founded or unfounded, at the end of the day it reduces your ability to respond to things that are urgent,” he said.