Freedom of Information request shows that senior management at Guelph Police were not immediately informed a sitting MP had been arrested
Aug 11, 2020 5:50 PM By: Tony Saxon 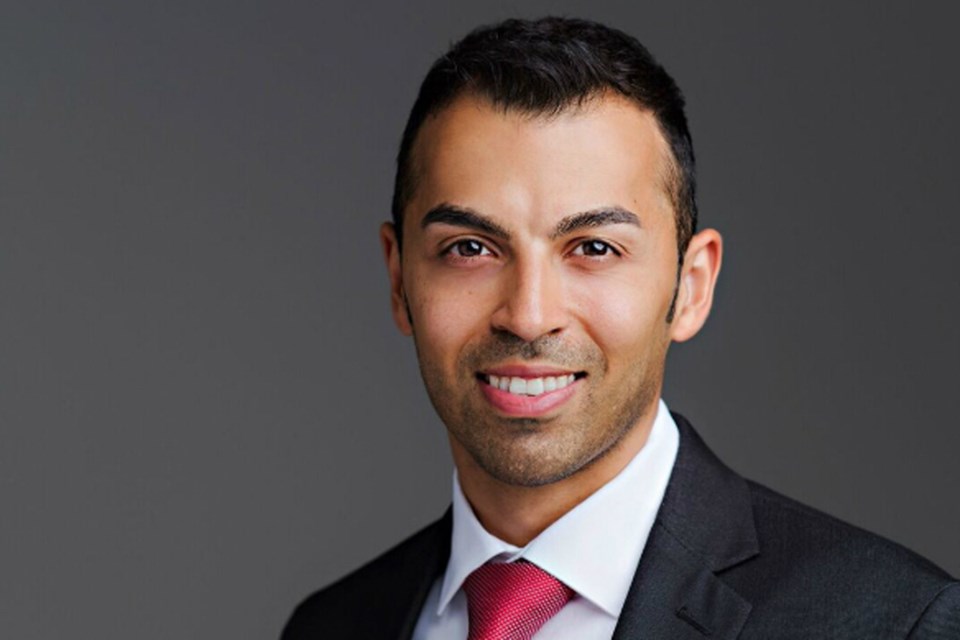 Guelph Police knew that there might be a “media frenzy” when they arrested Kitchener South-Hespeler MP Marwan Tabbara last April, but senior management wasn’t told about the arrest until later.

How much later is unknown. They have refused to further discuss the matter, which is now before the courts.

Tabbara was arrested on April 9 and charged with assault, breaking and entering to commit an indictable offence and criminal harassment following a “933” call to police, which is a domestic disturbance. His next court appearance in Guelph is Aug. 28.

GuelphToday made a Freedom of Information request regarding the matter, requesting information and internal correspondence regarding how knowledge of the arrest was handled internally by the Guelph Police Service and how requests for the release of information were discussed internally.

In response it received a total of 11 emails: three sent by media seeking information and none sent or received by the Police Chief or Deputy Chief.

It began on April 10 at 1:08 p.m., when arresting officer Const. Meghan Hern sent the following email to Cst. Kyle Grant, the media officer at the time.

“Hey Kyle Forgot to send media email last night although not sure if it will be able to be released. Just want you to have the heads up the accused in 20-20060 is a federal MP so when and if it hits the news there could be a bit of a media frenzy.

Sent to bail hearing this morning, D/C McArthur made aware of incident.

Grant then confirms with Hern that the matter was a domestic dispute.

It is common practice for arresting officers to give the media officer a heads-up on items that might be of interest to the media, Guelph Police said.

“The Service’s Executive was not made aware of the arrest at that time,” says the response to GuelphToday’s FOI request, prepared by Tricia Agocs, FOI Analyst/Legal Assistant with the service.

It does not say when the service’s senior executive was notified.

It should be noted that certain information in the emails has been redacted.

Just when I thought it would be a quiet day.... I have rec'd the below request from [redacted] for information on the arrest of a member of parliament. I have attached a copy of the synopsis. I will go back through the media releases from April to see if Kyle [Grant] made mention of it in any way but I am certain he did NOT as it is his practice to NOT report on 933's.

[Redacted] believes that because he is a Public figure details should be released. Not sure I would agree and since it has been standard practice that we do not report on 993's in general I am not sure we would be obligated to here.”

Ninacs told the new media officer, who was unaware of the situation prior, to follow up with the request from the media, “but just remember their urgency is not ours.”

On June 5 Guelph Police issued a statement confirming Tabbara was arrested. They issued another statement on June 11 and have declined to discuss the matter since.

Guelph Police defended not releasing Tabbara’s identity until pressed by media two months later because, in part, they don’t release the names of people charged if they are not considered a threat to the public, as they are allowed to do under the Police Act.

They also do not include every incident on its daily media release. Domestic disturbances are often among those not included.

The FOI response included a chronology of events provided by Agocs. Again, that chronology does not include when senior management was informed.

It reiterated Guelph Police policy not to release names of individuals charged if there is no threat to public safety, or what they do for a living.

“We do NOT notify places of employment/employers unless there is a specific reason to do so impacting a public safety concern,” Agocs said.

Police admitted to making an error when on June 11 when the media release  included “the arrest of Mr. Tabbara was not brought to the attention of the media office.”

“Subsequent to its release, it was discovered that the above noted Media Statement included an error, that being that the Media Officer on April 10, 2020 had, in fact been made aware of the arrest of TABARRA by the arresting officer the day after the arrest was made. However, it would not have impacted the manner in which this incident was dealt with by the Media Officer at the time.”

It was noted that on June 1 a new media officer took over from  the one on duty the night the arrest happened and that the new officer was unaware of the circumstances of the Tabbara matter” until media requests started coming in two months later.