Saxon on the Storm: Guelph's Storm's Harris faces uncertain future due to concussions

You can tell by the look in his eyes that overage Guelph Storm forward Jake Harris is dreading this coming Tuesday
Feb 12, 2016 12:00 PM By: Tony Saxon 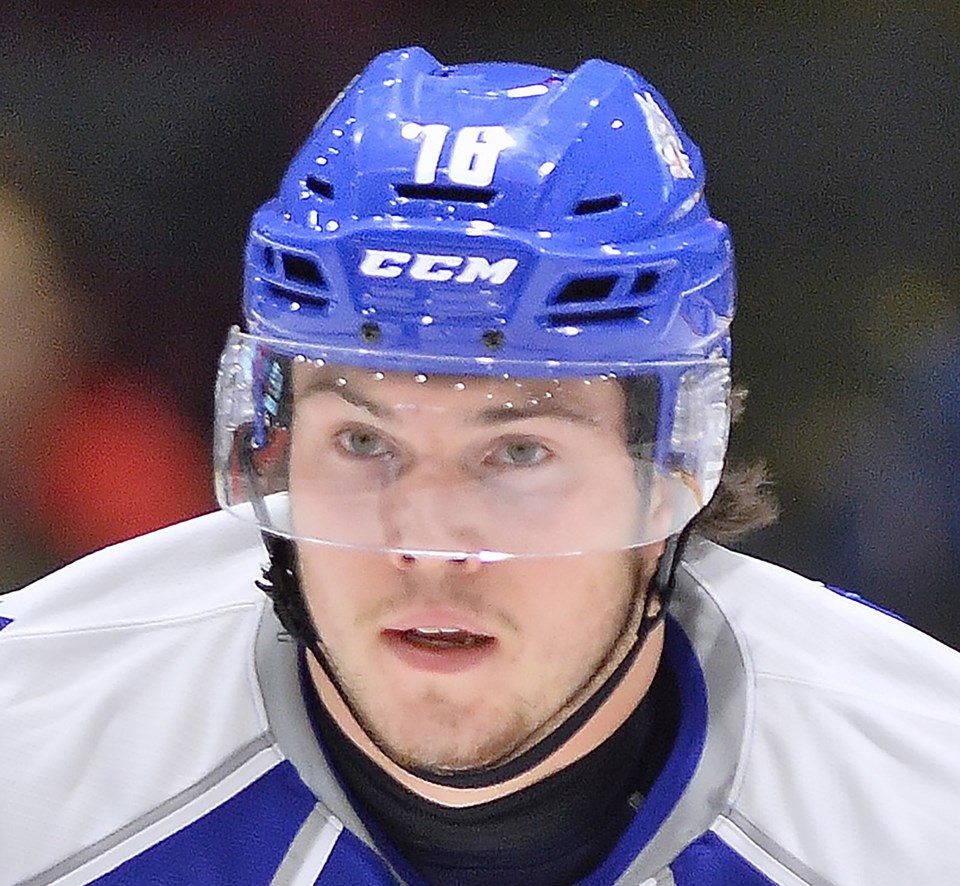 You can tell by the look in his eyes that overage Guelph Storm forward Jake Harris is dreading this coming Tuesday.

That's the day Harris will visit a concussion specialist in Toronto to get his opinion on Harris's hockey future.

The Georgetown native hasn't played since being knocked out cold five weeks ago in London. It was the most recent of several concussions he has suffered in his hockey career. He doesn't exactly know how many.

"I've had a few," Harris said earlier this week at the Sleeman Centre.

Harris isn't suffering right now. He is symptom free. Has been since a couple of days after the game in London. But the team and the team's medical staff is worried about the accumulation of concussions he has had and wants an expert opinion.

"It's definitely going to be a tough pill to swallow if he tells me that I'm done for the season or that I'm done playing for good. I've played since I was three-and-a-half years old. But until then I'm not going to think about it or get too worked up about it. I'm just going day-by-day."

Harris suffered that latest concussion on Jan. 9 in a game against the Knights when he circled the net then spun around to fire a shot on goal. But as he did so he was hit hard by six-foot-three, 200-pound Knights' forward Max Jones.

Harris was momentarily knocked unconscious before being stretchered off the ice and taken to hospital to be checked out.

He came home that night and other than some initial symptoms, has felt fine ever since.

"It was pretty much that night and the following day I felt groggy and not myself. But after that I felt fine," Harris said. "I had no symptoms at all, but with my history with concussions we're just taking all the safety protocols."

A couple of weeks of off-ice training and non-contact skating had him thinking he would be back in the Storm line up soon. But the team's medical staff chose to be more cautious and think big picture.

"I thought I was going to be ready to go. I took a couple of weeks off and started skating and was ready to go. Then I got the news that until further notice I was being shut down."

The opinion he gets in Toronto on Tuesday could range from that he's okay to resume playing, that he should take the rest of the season off or that his hockey career is over.

"I've started to look at my other options. I've obviously done that. But until I get the say so that I'm actually done, I'm not going to think about it to much," Harris said.

He stays with the team. Helping the coaches and being involved with the dressing room any way he can.

But everyone is looking at the big picture right now, including Harris, as hard as that might be.

Tony Saxon has been covering the Guelph Storm for 14 years. His Saxon on the Storm column runs every Friday on GuelphToday.com.