Ontario Association of Architects invited Ontario MPPs to nominate their favourite building within their riding
0
Dec 13, 2019 3:37 PM By: GuelphToday Staff 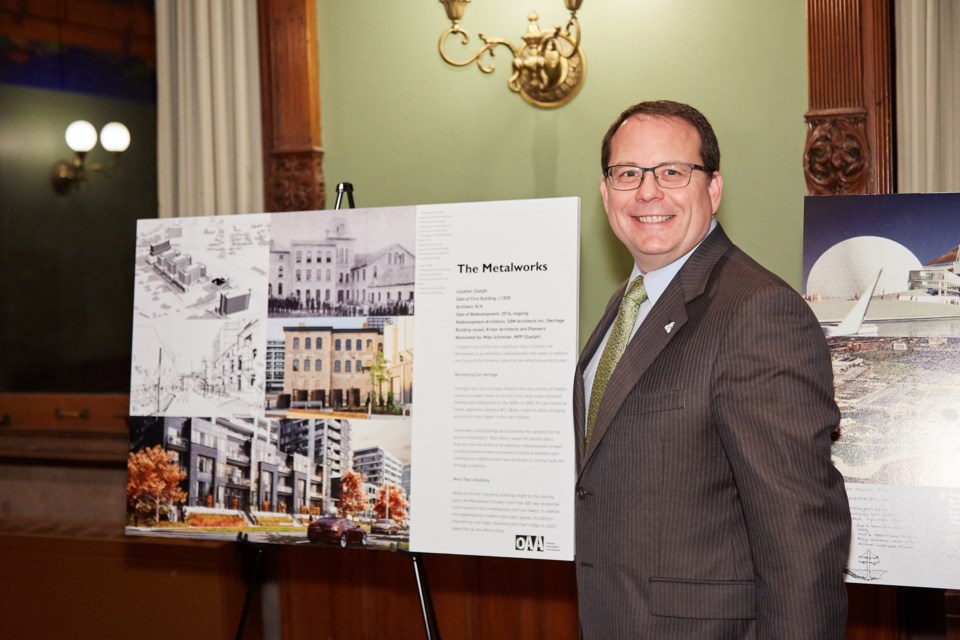 NEWS RELEASE
ONTARIO ASSOCIATION OF ARCHITECTS
*************************
The Ontario Association of Architects (OAA) celebrated this year’s World Architecture Day with its fourth annual visit to Queen’s Park, hosting a reception with Members of Provincial Parliament. At the Dec. 10 event, the OAA underscored the importance of architects and architecture while also discussing the profession’s contribution to Ontario’s economy and the roles that architects play in addressing big issues such as housing affordability and climate change. The event also marked the unveiling of this year’s Queen’s Park (QP) Picks—eight special buildings or structures chosen from a larger list of MPP nominations.

Traditionally, the QP Picks are announced on the first Monday in October, designated as World Architecture Day by the International Union of Architects (UIA). However, this year's parliamentary calendar meant the celebration was rescheduled for December.

More than 20 MPPs visited the exhibit and spoke with OAA representatives and architects associated with the QP Picks. MPPs Lindsey Park (Parliamentary Assistant to the Attorney General), Gurratan Singh (Critic, Attorney General) and Michael Schreiner (Green Party of Ontario Leader) all spoke at the event.

“We were so pleased to see MPPs come out and share their excitement about Ontario architecture,” says OAA President Kathleen Kurtin. “Architecture is a small profession, but an important one. I believe architects are ideally suited to make valuable, creative contributions to public conversations about important concerns like housing affordability and improving our buildings to be sustainable and resilient in a time of climate change, as well as helping ensure a vibrant economy in sectors like construction and tourism.”

Kurtin says she is looking forward to continuing a constructive working relationship with the Province, and specifically the Ministry of the Attorney General, regarding OAA initiatives such as improving the site plan approval process in Ontario.

Earlier this year, the OAA invited Ontario MPPs to reflect on the province’s unique architectural legacy—both old and new—and nominate their favourite building within their riding. A record number of 40 submissions were received from across all political parties, representing areas from Windsor to Timmins to Ottawa. Eight of these projects were then selected for this year’s QP Picks exhibit, which highlights the diversity of architecture across the province.

Among this year’s choices is The Metalworks—an ambitious 600-unit residential redevelopment located in one of the most significant historic sites in Guelph. Nominated by MPP Mike Schreiner (Guelph), the eight-acre project is still ongoing, and will redefine the future of this formerly industrial site while preserving and honouring its past. Its team includes SRM Architects Inc. (heritage building) and Kirkor Architect + Planners.

The seven other projects chosen were:

“This year’s selection of eight very different projects—from provincial landmarks to exciting new places for learning, living and playing—show how architecture helps create creates a sense of place, while also celebrating the culture and community of where they are built,” says Kurtin.

“Good architecture is inspiring and pragmatic. It has positive effects on our productivity, health and sense of well-being,” she adds. “It was great to speak with the MPPs about some of their favourite buildings and share some of the stories behind those projects.”

For more on the buildings chosen in 2019, and in years previous, visit here.