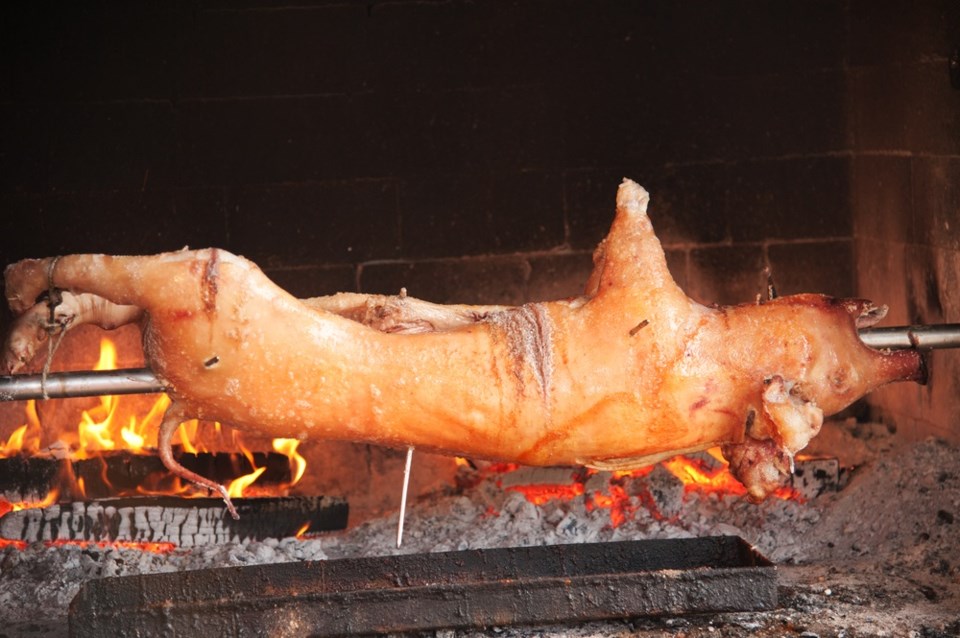 The health department is warning about the potential health hazards associated with pig roasts after at least 24 people became ill after attending one in Guelph earlier this year.

A report by Wellington-Dufferin-Guelph Public Health report says that the people became ill with a gastrointestinal disorder after attending a catered pig roast event at an unspecified location in Guelph in May/June.

The investigation concluded that the pork from the pig roast was the most likely cause of the outbreak.

“Pig roasts area a popular and high-risk method of cooking for large gatherings. It is important that WDGPH staff are prepared to respond to community outbreaks and remain diligent in their knowledge of food safety,” reads a staff report.

"Pig roasts are a common catering method for preparing and cooking large volumes of meat. This cooking style is associated with a number of food safety challenges that food operators must be aware of n order to prevent any potential food borne illness from occurring in those consuming the meat.”

Leftover food from the pig roast was delivered the following morning to a drop-in centre in Guelph, but no illnesses from those consuming the meat there were reported.

A total of 82 individuals attended the event and Public Health interviewed 74 of them. Thirty three per cent of those people reported getting sick, the report says.

“The inspection and epidemiological investigation indicate pork as the source of illness,” says the report.

An inspection of the unnamed Guelph caterer for the pig roast found “a number of items” not in compliance with regulations, including hazardous food not being maintained at 4 C or lower during transportation, poor sanitary maintenance and lack of supplies in the staff washroom.

Public health launched the investigation after being advised by the Public Health Ontario Laboratory that there had been a positive case of Campylobacter bacteria, a common cause of foodborne illness associated with improperly processed contaminated meat.

The person treated indicated they had attended the pig roast, narrowing down the investigation as to the origin of the illness.