Hearing for Guelph police officer may be prolonged by new evidence 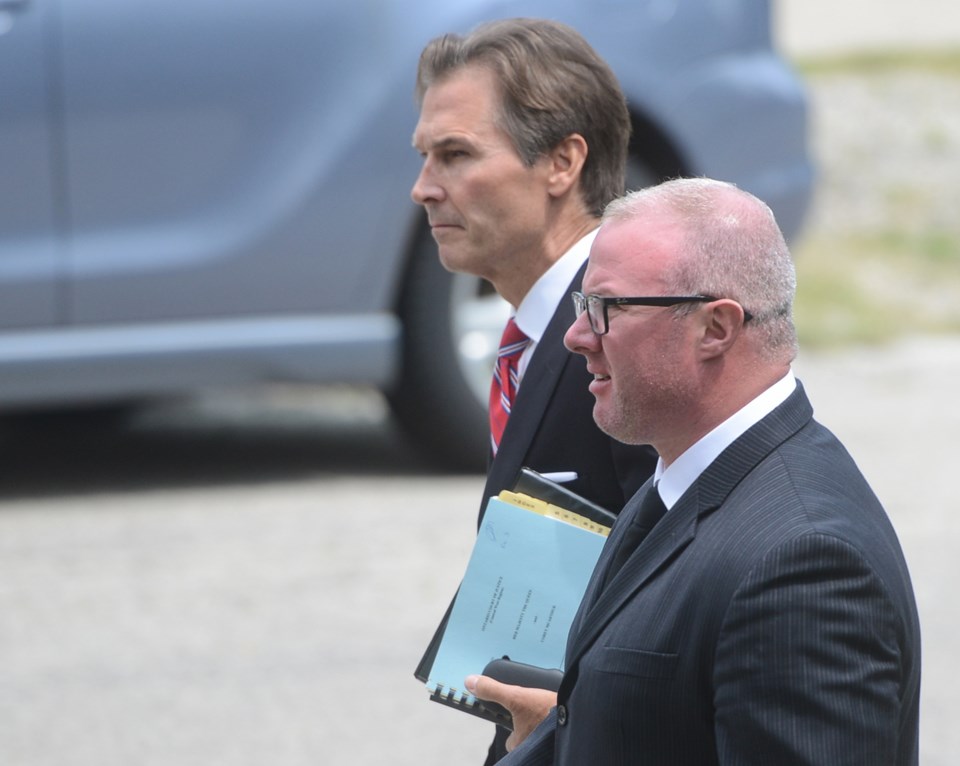 A professional conduct hearing for Const. Corey McArthur will likely be prolonged after a new request by prosecution to re-open the evidence portion of the hearing.

In September, McArthur pleaded guilty to the charge of discreditable conduct for the 2016 assault against a teenager who was handcuffed to a hospital bed at the time. In October, the defence called witnesses as submissions for sentencing, including two of McArthur’s supervisors and forensic psychiatrist Dr. Jonathan Rootenberg.

During the evidence portion of the hearing, which ended in October, prosecution did not call any witnesses. The hearing was expected to continue last week for final arguments, but a conference call between all parties was held off until Tuesday at the request of prosecution.

On Monday McArtur’s defence team was served with a six-page affidavit and a request to reopen the evidence portion of the hearing to allow it.

The media has not yet been provided with the details of the affidavit, including who made it. In an email response on Tuesday the prosecution team said the evidence will become part of the public record as the matter progresses.

During Tuesday’s call, McArthur’s attorney Joseph Markson called the new evidence an unexpected curve ball and said he will need time to consider it.

“This matter is historical and they have made some rather interesting claims about the state of knowledge in the Guelph Police Service That opens a number of doors for me to request disclosure that I think needs to be done because I think that needs to be tested,” said Markson.

Defence will have until March 10 to make any disclosure requests related to the new evidence.

“I obviously don’t want to put this off too long,” said prosecutor David Migicovsky. “I understand Mr. Markson needs some time to obtain instructions.”

The hearing is set to continue by phone on March 16, in which the request to reopen hearing will either continue on consent or be contested in front of Kelly.

The Guelph Police Service, through its prosecution team, is seeking the dismissal of McArthur while defence is asking for the officer to return to duty in a limited capacity.