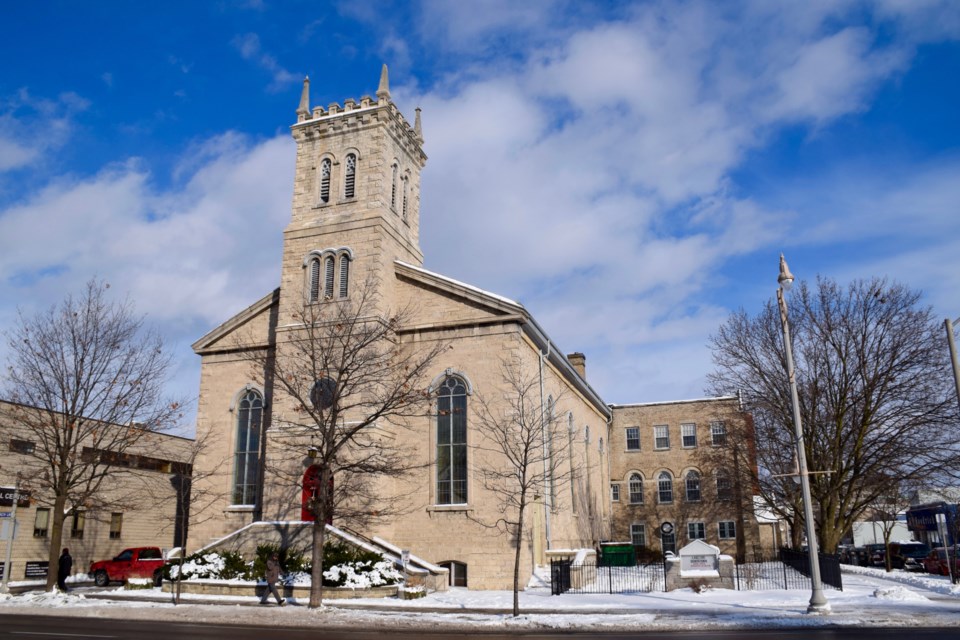 HOPE House is about to embark on a $2 million fundraising campaign to purchase the Norfolk United Church it calls home.

The building, at 10 Cork St., is currently owned by Lakeside Church.

The money would also be used to complete upgrades and modifications to the building that would allow it to expand and enhance the programs it offers in the downtown core, said Jaya James, HOPE House’s executive director.

“From a perspective of where we wanted to go at HOPE House, it made more sense for us to purchase the building so that we could make the changes to the building that we wanted to,” said James.

James said the increased separation between HOPE House and Lakeside Church is just the evolution of a positive relationship, an evolution that was always planned.

“From a relationship standpoint we continue to be friends, the same way we were friends before, but we are separate boards and we do make our own decisions based on what’s best for each organization,” she said.

Lakeside Church created HOPE House in 2012 to provide a variety of services to clients, including a food and clothing market, support programs, a weekly pancake breakfast and a daytime space for community members in need of assistance.

HOPE House operates independently from the church, is its own legal entity and has its own board of directors. The purchase of the building will offer the charity more independence to do more.

It’s a separation that has always been the goal of Lakeside Church and HOPE House, James said.

“There’s always been a thought there that they were one organization, but they’ve always been separate,” James said. “Really this is just a growing and a maturing over time.”

Lakeside uses the building mainly on the weekend to offer a Sunday service in the downtown.

Asked if there is the possibility of other organizations partnering with HOPE House in the future, James said HOPE House is always open to positive partnerships but there is “nobody I’m able to announce at this time.”

“The idea of HOPE House was birthed out of Lakeside Church. They created the organization and right from the get-go they made a conscious decision they wanted it to be its own separate entity.

“The reason for that is they wanted it to be

The $2 million fundraising campaign will be led by volunteer chair Marissa Teeter, a long-time HOPE House supporter and businesswoman who is very active in the local business and philanthropic community.

“I am thrilled and honoured to have the opportunity to do some amazing work with my community to ensure we all have a place to call home at HOPE House,” said Teeter in a news release.

“HOPE House is very close to my heart, a place that supports our neighbours and our co-workers, people we see every day that are quietly struggling and in need of our support. We can make their journey a little easier and I’m happy to play a small role in that.”

The campaign is currently in the planning and recruitment stage and more information will be coming shortly.

Councillor looks to province, feds for community COVID-19 relief funds
Sep 23, 2020 7:00 PM
Comments
We welcome your feedback and encourage you to share your thoughts. We ask that you be respectful of others and their points of view, refrain from personal attacks and stay on topic. To learn about our commenting policies and how we moderate, please read our Community Guidelines.