It's nesting season for Canada geese, so leave them alone

The Guelph Humane Society shares what to do if you come across nests and goslings
Apr 20, 2021 9:00 AM By: GuelphToday Staff 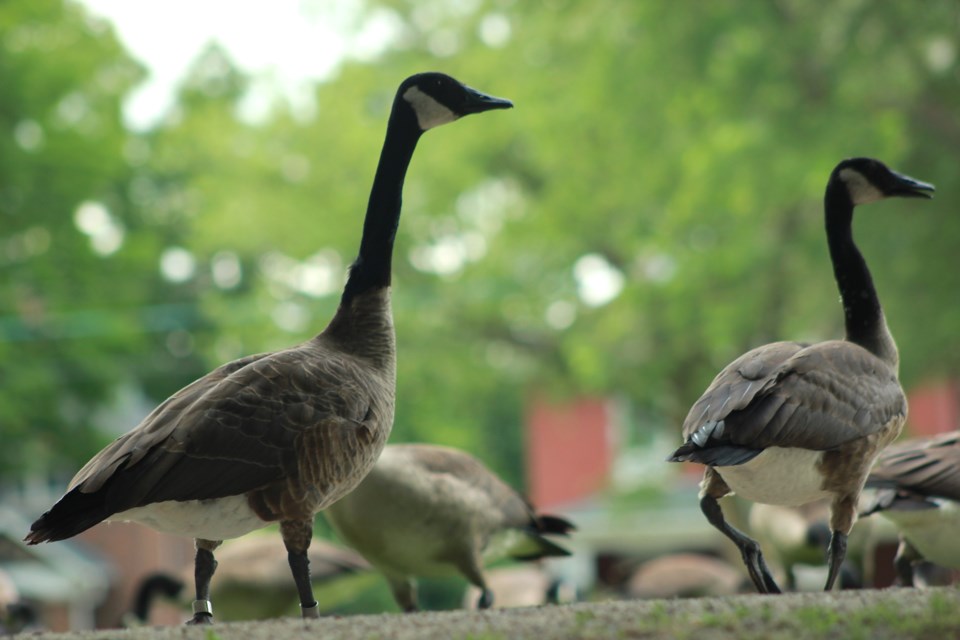 The Guelph Humane Society has some simple advice for the community as we approach nesting season for Canada geese: try to avoid them.

The next three to four weeks is a sensitive time for the birds who can be very aggressive when protecting their eggs and their babies.

“Geese incubate their eggs for about 25 days,” said Lisa Veit, associate director of GHS. “Once the eggs hatch, the parents and goslings leave the nest and seek out a body of water.”

She said while it may seem that the geese left their nests in odd places, they actually pick nesting locations with specific intentions.

“We often get calls from concerned people, worried about nests in parking lots, or other odd locations,” said Veit.

“But in fact, parking lots would make sense to geese for nesting. Geese look for flat, open spaces to nest with very little to no vegetation, so that they can have a view of potential predators all around them.”

The GHS is also reminding drivers to watch out for geese on roadways as there were a number of geese fatalities on roads last week.

The GHS recommends that people modify their behaviour while nesting to avoid conflict. It is also important to note that geese are federally protected under the Migratory Bird Convention Act which makes it illegal to harass them or harm them or their nest.The act also limits what  GHS animal services officers are able to do when it comes to nests on private property.

“This is a critical time for geese. Try to avoid them during their nesting season. If they nest near a busy building entrance, use an alternate entrance. Put up a sign telling people to avoid the entrance. We can change our habits  for just a few weeks, and in less than a month the nest will be abandoned and they’ll move on with their young,” said Veit

GHS Animal Services Officers are not authorized to touch or remove a nest but if you see a goose sick, injured or in danger, call the humane society.