John Valeriote recognized for his years of community service

‘I have been very fortunate,’ says John Valeriote about his community efforts and the people he's worked with
Dec 3, 2020 10:00 AM By: Ariel Deutschmann 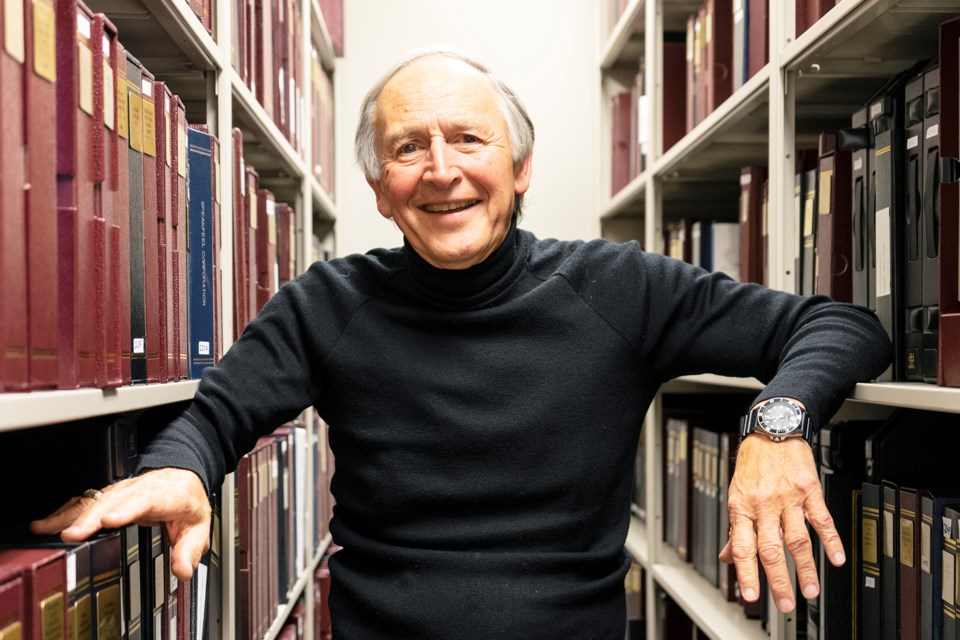 Many know John Valeriote for his contributions to Guelph through community development, but now the retired lawyer has received recognition for his efforts from the Law Society of Ontario.

Earlier this year Valeriote received the Lincoln Alexander Award, which recognizes the efforts of individuals who have made a considerable impact within their community.

Valeriote said the award arrived on his doorstep earlier this week.

Valeriote has been recognized for his efforts many times in the past, including the Mayor’s Award in 2019, but mentions the Lincoln Alexander Award has a special meaning in its own right.

“It was given by my governing body, the Law Society of Ontario," he explains, "and that’s quite special to me.”

Besides recognizing his community efforts, the award is also connects Valeriote to Guelph's history.

The Lincoln Alexander Award is named after Black lawyer and Ontario’s 24th lieutenant governor who became chancellor of the University of Guelph in 1991.

“He’s a guy who was very much a committed fellow,” said Valeriote about Alexander, “and the law society came up with this award (in his honour), and all of the sudden, I am the recipient!”

After graduating from Osgoode Hall in 1968, Valeriote had to make a choice between moving back to Guelph or staying in Toronto.

In the end, he said he made a ‘very good decision,’ and opened up a practice on Speedvale Avenue with his brother Frank.

“I chose to go back to Guelph,” he said, “I enjoy the history of Guelph and how it developed, and the various efforts of people to help the city grow.”

Through the Rotary Club, Valeriote started to learn more about the community. Back then, Valeriote said there was only one club in Guelph, and he joined a few years after setting up his practice.

“I enjoyed it for two reasons,” he said, ”It was good for the community, and it gave me something (to do) other than pushing paper as a lawyer.”

Valeriote remembers getting involved with lots of different projects with the club, including running children's programs and a lot of fundraising.

In 1980, Valeriote had a friend in Rotary who told him about  a committee looking to restore the carousel at Riverside Park.

“And I said, ‘Well, we’ll do something together.’”

For the campaign, Valeriote asked Guelph artist Ken Danby if he could provide paintings of the carousel.

With Danby and a couple other volunteers, Valeriote said they were able to raise enough money to restore the carousel.

After the carousel, Valeriote was asked to help support the development of The Family fountain in downtown Guelph. He also helped raise money for the current location of the Guelph Civic Museum on Norfolk Street and helped to incorporate the hospice centre.

When asked if he favours participating in one project over others, Valeriote said he does not.

“It’s too easy to say all and it’s too difficult to say one,” he explains, “Every project had its time and its people who worked on it.”

Although, Valeriote does admit that the fountain project was a very challenging time.

“That was a bear,” he said about the project which started in 1982, “We were walking uphill.”

Valeriote explains the project’s total cost being $68,000, a lot of money in the 80s, and they were having a hard time raising funds.

However, their luck changed when a minister wrote a scathing letter to the local newspaper about the chosen statue for the project, which features a naked man, woman and child.

After that, Valeriote recalls money came pouring in to support the project, which was erected on Wyndham Street in 1985.

He adds they threw a big celebration for the event and the governor general came to open the fountain.

The last community project Valeriote was involved in was the development of the hospice centre in Guelph, which opened in 2015.

Since retiring from his practice in 2019, Valeriote said he looks back on his community efforts and is fortunate for the people he’s worked with, as he contributes them to the success of these initiatives.

“The key to everything was the people that I was involved with,” he said, “It was always those other people, the people on the committee, who did this stuff.