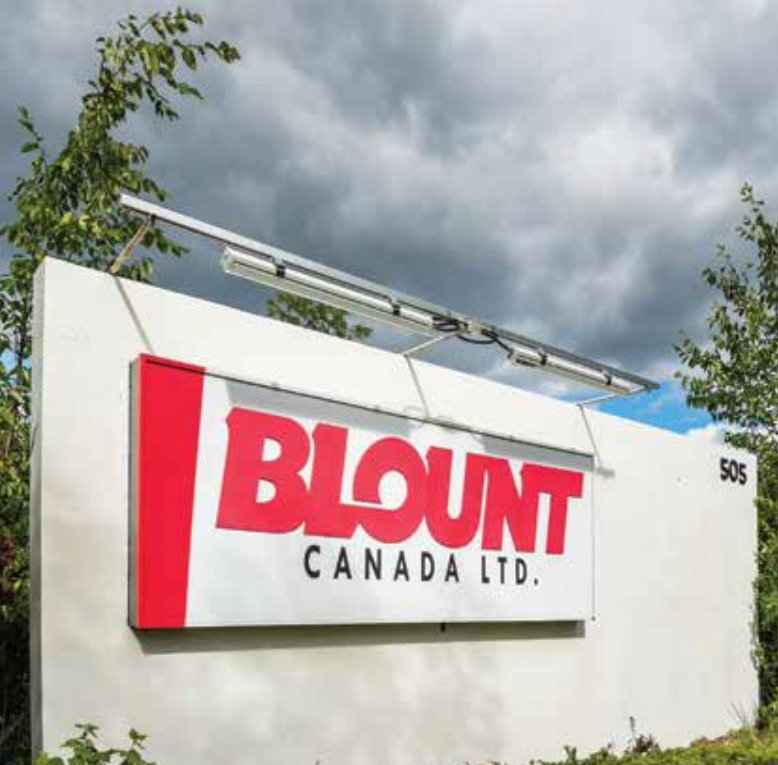 Blount Inc. was selected by The Financial Post as one of the '100 Best Companies to Work for in Canada in 1986 and 1990. Supplied photo

After operating in Guelph for nearly 70 years, a longstanding company in Guelph is changing its name to recognize its American legacy.

On Wednesday, Blount Inc. unveiled a new corporate name to position itself for growth and to honour its heritage. The global manufacturer of professional-grade cutting tools and equipment selected Oregon Tool as its new name that tells the story of its origin.

“We are certainly proud of where we’ve been and where we are, but we’re even more excited about where we’re going as Oregon Tool,” said Paul Tonnesen, CEO of Oregon Tool, in a news release.

“Because Oregon is the undisputed leader in the global bar and saw chain market, we are confident the inspiration and momentum inherent in the name Oregon Tool will help our organization achieve our goals in the years ahead, including aggressive growth across brands and launching into adjacent categories. We will also go beyond serving the professional end-user and expand how we’re serving the do-it-yourself consumer.”

The company’s story in Guelph began in the early 1950s when it evolved into a multinational organization. It began with 18 employees in a 3,500 space. Now the Guelph office and manufacturing plant have over 570 employees and facilities span across 300,000 square feet of space.

The company was founded by Joe Cox in 1947 in the basement of his Portland home. Inspired by nature – a timber beetle larva to be exact – Cox studied the creature to better understand how to cut wood more efficiently. With his learnings, he designed a new saw chain that was modelled after the larva’s alternating C-shape jaws. He called it the ‘cox chipper chain’ and began the Oregon Saw Chain Corp. to produce it.

Over the years, the company has grown into a multinational organization with numerous acquisitions and mergers. Today, the newly named Oregon Tool has over 3,000 team members and sells thousands of products in more than 110 countries across multiple consumer brands, among them Oregon, Woods and ICS Diamond Tools.

The shift from Blount, Inc. to Oregon Tool is effective June 2. Tonnesen said that the products that customers have come to know and trust will remain the same – they will simply operate under the umbrella of Oregon Tool instead of Blount, Inc.

Thinking of buying or selling? We're here to help!
Moving your Business while Keeping up Productivity
Open for Walk-ins