China-based Xinyi Glass Holdings commands a 25 per cent share of the global aftermarket auto glass market and in 2003 had a revenue of $1.27 billion USD
Mar 22, 2018 7:00 AM By: Kenneth Armstrong 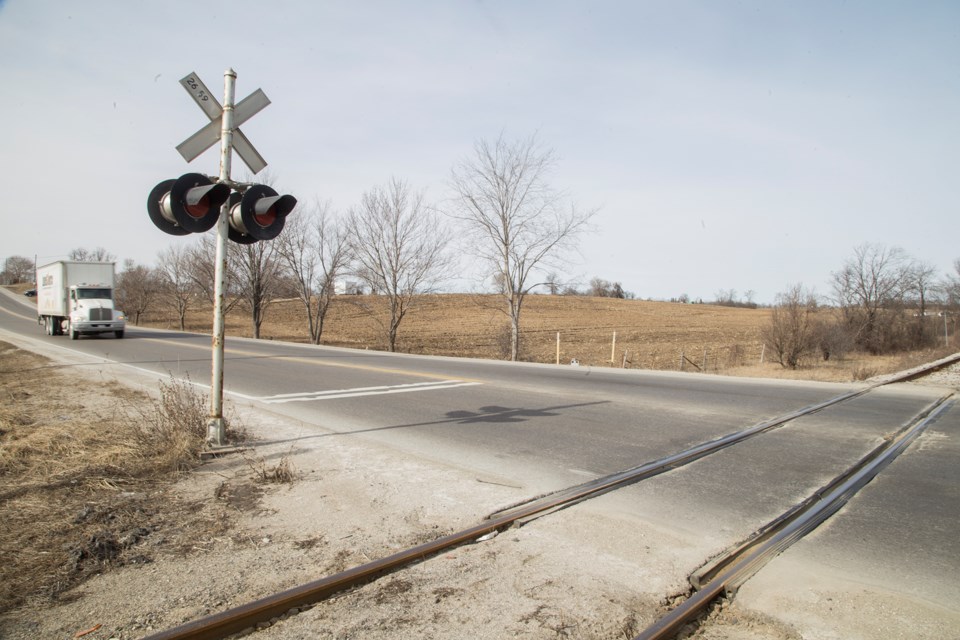 In the distance, an open field proposed to be the future site of a new $450-million glass manufacturer. Kenneth Armstrong/GuelphToday

If plans for a new $450 million glass manufacturing plant come to fruition, the mayor of Guelph-Eramosa says the project — which promises 400 jobs — could be a game changer not just for the region, but for Ontario as a whole.

During her trip to China in November, Premier Kathleen Wynne signed an agreement in principle with Xinyi Glass Holdings, who planned to build the $450-million float glass plant somewhere in Ontario.

Guelph-Eramosa mayor Chris White told GuelphToday on Wednesday that the township has been working on the file for a while and confirmed Xinyi Glass Canada has said it plans to build the plant on 70 acres on Wellington Road 32 near the intersection with Wellington Road 124.

“This has been a fairly competitive process, because this company was looking at several sites in Ontario (for the plant). This type of investment is going to be one of the largest investments in this area, if not Ontario, in a number of years,” said White.

The float glass process is completed by ‘floating’ molten glass on a bed of molten metal, usually tin. It is often used in automotive, manufacturing and construction industries.

According to its web site, China-based Xinyi Glass Holdings commands a 25 per cent share of the global aftermarket auto glass market and in 2003 had a revenue of $1.27 billion USD.

Once up and running, the proposed plant will be the first operating float glass plant in Canada since the 2008 closure of Owen Sound’s PPG glassmaking.

The proposed site will allow the plant to be well positioned, said White, as it is close to rail and established trucking routes.

In addition, the proposed plant will offer spin off benefits to a number of other industries, including trucking, manufacturing and the service industry.

“The benefits in terms of spin off and employment will absolutely be felt in Guelph. It’s a positive all around,” said White.

“I think this is important for the province and for the country, to have this kind of investment come in,” he added.

The identified site is privately owned farm land, said White, but has been zoned as industrial land for some time.

“We have pretty limited industrial land in our township — this is one of the places we need to build,” said White.

Xinyi has offered to work with the township for landscaping, but White notes the immediate area already has a number of industrial sites.

“Folks who have been living around a farm field for a while are certainly going to see a change — now you’re going to have a big plant on the property — but it’s been zoned industrial forever,” said White.

The province once planned to build a highway through the north end of the property, said White, but those plans fell through. White said the land was held locked until about a year and a half ago.

White said Xinyi came to the township with a wish list and he understands other jurisdictions being considered in the process were offering tax incentives.

Any final plan for tax incentives will have to go before council,said White.

“What we are looking to potentially do is a reduction for a few years. We’re not waiving the taxes — they aren’t exempt,” said White.

“I bet you a lot of communities would love to have this plant,” he added.

Even considering the proposed tax incentives, White said the addition of the plant will be a welcome shot in the arm for the township’s tax base.

“You’re talking upwards of millions of dollars. This would be the single largest taxpayer in our county and our township — so it’s big,” said White.

The township has about $40 million in identified infrastructure projects, a figure that grows the longer the upgrades are put off.

“The longer you wait to fix something, the more expensive it gets,” said White.

“If this comes to fruition, we’re not looking to spend like wild, we’re looking to plug this gap,” added White.

Meaghen Reid, clerk for Guelph-Eramosa township, said at this time no formal planning application has been made in regards to the proposed development.

According to a job listing, Xinli Glass Canada is currently seeking a Construction Project Manager in the Guelph area.