The late longtime usher and ambassador at Memorial Gardens and the Sleeman Centre was known for helping out local kids
0
Sep 10, 2019 12:00 PM By: GuelphToday Staff 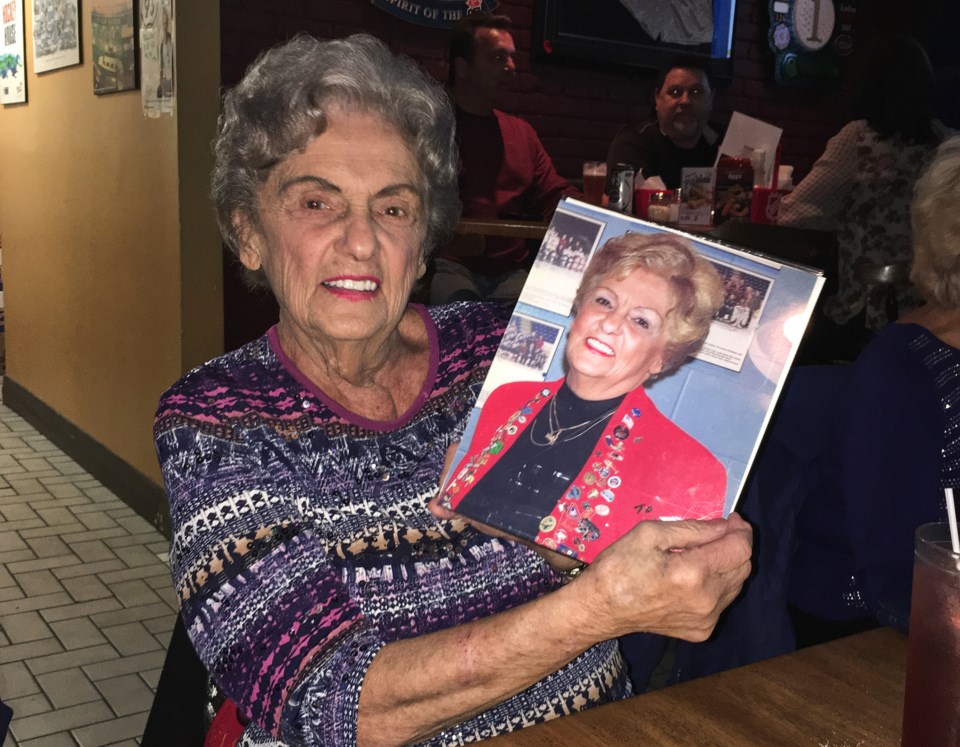 The late Rita Campbell poses with a photo of herself during her days as an usher in Guelph. Submitted photo

Rita Let’s Kids play is a program established by Campbell’s daughter Kim in conjunction with Guelph Minor Hockey to honour the long time Storm ambassador and City of Guelph volunteer.

"Known by many as ‘the pin’ lady, Rita proudly wore a coat full of pins signifying the number of lives she touched in the hockey community as new and old friends alike would often donate to her growing collection," said the Guelph Storm in a press release.

Rita was known for helping underprivileged kids by often buying equipment or paying registration fees. As such, Guelph Minor Hockey and the Storm are asking fans to donate any new or used ringette or hockey equipment at the Sept. 20 game against the Ottawa 67's to continue her tradition.

"Having passed away in 2018, Rita was part of the Storm family since the beginning as the head usher at the Memorial Gardens and then the Storm Ambassador when the team moved to what was originally called the Guelph Sports and Entertainment Centre, now known as the Sleeman Centre, in 2000. She officially retired in 2012."

Anyone unable to attend the game that would still like to donate can contact the Storm office.