Saturday symposium explores many sides of Battle of Vimy Ridge 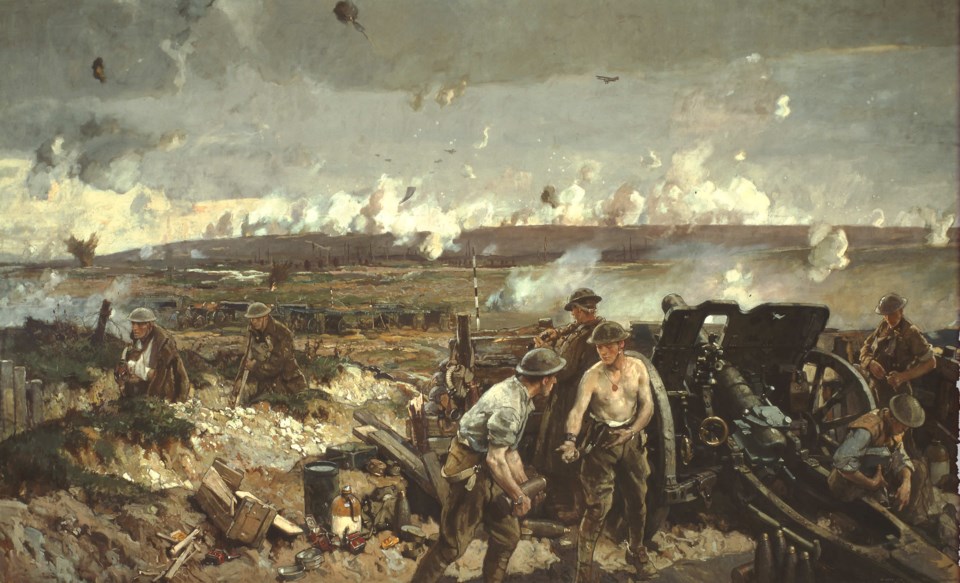 The Guelph Civic Museum is getting into the gritty details of the Battle of Vimy Ridge on Saturday.

A symposium will be held starting at 10 a.m. to commemorate the centennial of the epic battle. It will be a critical examination of the mighty military event, exploring the realities as well as the myths.

“It was thought of as a battle we couldn’t win,” said Ken Irvine, the program coordinator for the museum. The French and British attempted to take the ridge and failed, he added. The Canadians triumphed.

“It represents the start of the Canadians as the shock troops of the allied forces of the First World War,” he said.

A number of presenters are lined up for the day-long symposium, including Mike Bechthold, David Webb, Robin Aggus, Ed Butts, and Linda Granfield. You can register in advance by clicking here. Tickets are $20, and only 70 are being sold.

Bechthold, a Canadian historian who is an expert on Canadian military history, will be the opening speaker. He will talk about the myths and hard facts around Vimy Ridge.

The World War I battle from Apr. 9-12, 1917, marked the first time all four divisions of the Canadian Expeditionary Force participated in a battle together. The successful siege later became symbolic of Canadian nation building and valour.

Bechthold, the author or editor of several books, plans to look behind the symbolism and nationalism, to examine the realities of Vimy through the lens of the historical context in which it took place.

Irvine said there is great interest in World War I history and the Battle of Vimy Ridge, particularly because of Guelph’s connection to those events through native son John McCrae, author of In Flanders Fields, which he wrote in 1915 after the death of a close friend in the Battle of Ypres. He later was chief of medical services at the Canadian General Hospital in France, where many of the wounded from the Battle of Vimy Ridge and other battles were brought.

“We do have a strong military connection,” Irvine said, adding there is an ongoing military presence in Guelph with the 11th Field Regiment stationed here. “There were a large number of men from Guelph who became soldiers and fought in the First World War.”

David Webb worked for many years with Parks Canada as a military curator and advisor. He will look at the medical side of the Vimy Ridge battlefield.

Apr. 9, 1917 was an extraordinarily deadly day in the battle, with 3,600 killed and 7,000 wounded. Webb will talk at 11 a.m. Saturday about the achievements, challenges and limitations of the battlefield medical efforts, and compare those efforts to other medical operations during the war. Rare artifacts will be on display.

Piper Robin Aggus’ presentation will be on bagpipes in the Great War and at Vimy Ridge, talking about the risks pipers took in battle situations, and what motivated them. He will delve into the history and evolution of the military bagpiping tradition, and the music that was played on the battlefield.

Local author Ed Butts will give insights into the lives of some of the World War I soldiers whose names appear on the Guelph Cenotaph.

Historian Linda Granfield's talk is entitled The Vimy Oaks: A Journey of Peace, the story of Canadian soldier Leslie Miller, who, after the Battle of Vimy Ridge, gathered up acorns from a fallen oak and sent them home to Ontario. Those seeds became trees, and continue to flourish today, acting as a living legacy that inspires the hope of peace.