Of the thousands of distinct grape varietals that could be used to make red wine, only a few dozen tend to be relatively recognizable, and of those, far fewer are actually dominant.

Here is a snapshot of seven of the most prominent, as we attempt to identify the characteristics that make them distinctive: Cabernet Sauvignon, Merlot, Malbec, Pinot Noir, Syrah, Sangiovese, and Tempranillo.

Some may challenge that the list is incomplete without grapes like Nebbiolo, Corvino, Cabernet Franc, Gamay, etc., etc., but we have to stop somewhere. We can leave them and many other worthy examples for future columns.

Let’s begin with the “King of Grapes”, Cabernet Sauvignon. This grape, intimately associated with Bordeaux, is grown worldwide – over 650,000 acres -and is keenly associated with the California’s Napa Valley, where it is by far the most expensive grape grown.

This thick-skinned grape needs time to ripen, and so thrives in climates that have long growing seasons with warm days but cool nights. Places like Chile”s higher altitude coastal regions could be ideal.

In France, particularly Bordeaux, it is usually incorporated into a blend, and the same applies in Italy, where it may surface as an IGT Toscana in the region southwest of Chianti.

The Old World wines that are predominantly Cabernet Sauvignon tend to be a little more subtle than those grown in the New World. They will both be full-bodied with dark fruit flavours. Black cherry is a key trigger, and earthy notes can come into play, including cedar.

Seek out a wine from the Medoc to get a sense of the style of wine to expect.

It is far easier to find a ‘straight’ Cabernet Sauvignon from other parts of the world, though be advised that in California, for example, such a wine can be made while including up to 25 per cent of other grapes. 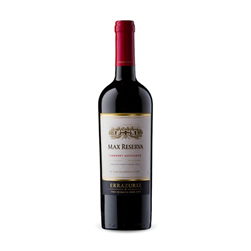 “Max Reserva” Cabernet Sauvignon from Chile's Errazuriz. $3 off at 16.95

Consider trying the “Max Reserva” Cabernet Sauvignon from Chile's Errazuriz - on the general list with its good fruit and acidity and some cassis along with black cherry and spice - $3 off at $16.95 until May 27.

On the May 26 release, from Washington’s Columbia Valley, we have the Seven Falls Cabernet Sauvignon 2015, $21.95. With deep flavours of dark fruit and hints of spice, mint and tea, this wine is very appealing.

If Cabernet is King, then the “queen of grapes,” is Pinot Noir. The movie “Sideways” catapulted Pinot Noir into prominence, at least in North America. It had always been the celebrated grape of Burgundy, but one which is more difficult to grow with its thin skins and susceptibility to disease. It is more of a cool climate grape, and is prominent in California’s Sonoma Valley, Oregon, New Zealand, and our own Niagara. In Sonoma, workers at one winery referred to one site as “Pneumonia Gulch”! 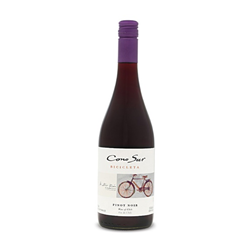 Cono Sur Bicicleta from Chile at only $12.05
The warmer the climate, the more fruit characteristics –strawberry, raspberry, cherry – come through. In cooler regions, you might detect more cranberry, and earthy notes- mushroom, forest floor. In Burgundy, the term “barnyard” can even apply with respect to aromas. As it ages, Pinot Noir can become very silky. One very good entry-level example of Pinot Noir is the Cono Sur Bicicleta from Chile at only $12.05, inexpensive but spot-on in character.

You could compare this with the Vintages example from South Africa’s Winery of Good Hope at $19.95. It is in many stores, but also on-line at lcbo.com. The Platter Guide gave it 4 out of 5 stars, calling it a great value and “fresh and bright with tangy black berry fruit.”

On the May 26th release you’ll find the Montes Limited Selection Pinot Noir 2015, $14.95, from Chile. The Wine Spectator calls it “Taut and nicely framed with lush, well-knit flavors of cherry cobbler, currant and plum tart.” - 89

In spite of its being the most widely planted grape in France, Merlot was so “dissed” in Sideways that it is only now starting to reassert itself – at least in North America.

Often blended with Cabernet Sauvignon, Merlot is a softer wine, and it is the main grape of St. Emilion and Pomerol. In cool climates it is more tannic – and quite a bit like Cabernet Sauvignon, but like other grapes it is fruitier where conditions are warmer – cherry and cocoa, sweet raspberry notes can prevail. Consider trying California’s Sterling Vintner’s Merlot on the regular list for $16.90.

Malbec is now clearly associated with Argentina, where it provides both good inexpensive wines as well as some that can cost much, much more. Here is another grape that originated in France, where it is still grown, but the conditions in Argentina have allowed this grape to flourish. Plump currant and plum fruit are often detected along with notes of smoke and cocoa. The Argentine wines tend to be less acidic than their French cousins. Oak aging adds vanilla overtones.

Many of the popular examples from Argentina are tasty, and come across as medium-bodied and flavourful.

In Vintages, Fabre Montmayou Reserva Malbec 2015, $17, is still widely available. It is described as harmonious, elegant and polished with a soft texture by robertparker.com -90. On the regular list, Santa Julia Reserva Malbec, $14.25, offers very good fruit and invites sip after sip. The tannins are soft, the palate is lively, and notes of chocolate accompany the dark fruit. 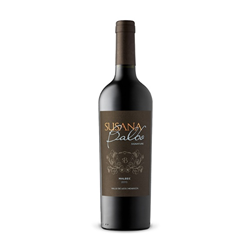 Syrah or Shiraz – same grape, different style – rounds out the list of great French red grapes… though in the New World much of its fame is associated with Australia.

It produces one of the darkest and most full-bodied reds in the world, and is responsible for the great reds of the Rhone such as Hermitage and Cote-Roti, wines easily in the $100 or $200 range, and more.

A Syrah, which would be a wine in the European style, is more herbaceous and earthy than a typical Australian Shiraz. Olive, clove, rosemary, cured meat overtones can accompany blackberry and blueberry fruit. South Africa’s Painted Wolf Syrah 2013, $22.95 can really demonstrate this style. It is available in many stores, as well as on-line. Less expensive, and frankly much simpler, is the Cusumano Syrah, $13.90, from Sicily – dry and plummy with a touch of cedar.

Turn to Australia, and the wine can become jammy. A perfect example of this tasty but highly alcoholic style is the Small Gully The Formula Robert’s Shiraz, carrying fruitcake- rich flavours with chocolate overtones, $20.95. A toned-down version would be the Wakefield Promised Land Shiraz, $14.95. Comparing the two would be instructive.

Coming on the next Vintages release is France’s Laurent Miquel Solas Syrah 2016, $15.95. The LCBO describes it as a “hedonistic take of Syrah with its abundant blueberry and spice. A touch of mineral adds dimension.”

Sangiovese, the grape that gives us Chianti, is a dominant grape in Italy. This grape can walk the tightrope between being fruity and being tannic and earthy, with dried cherry associated with the fruit, and notes of tar and licorice and clove coming into play.

Frescobladi Castiglione 2016, $15.95, is a reliable inexpensive Chianti, with classic mulberry, currant, and plum.

At $22.95, in Vintages, there is the Castelli del Grevepesa Clemente VII 2013. This should be more lush, with chocolate and tobacco notes detectable on the finish.

Tempranillo is the pre-eminent grape of Spain, most particularly in its manifestation as Rioja. Typically, its wines epitomize summer – dusky, harmonious, like sunlight on a summer country road. As with Sangiovese, tar and violets can be grace notes, and even great “gran reservas” are relatively inexpensive. The name gives the nod to its early-ripening –“little early one”.  In colour, it has more orange highlights and is more translucent than grapes like Syrah. Predominant flavours include leather and cherry, and these wines can be terrific with roasted meats, sausages, etc. 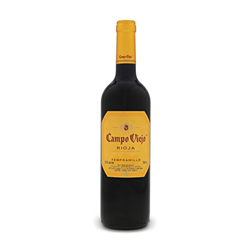 To sum up, if we start with Cabernet Sauvignon, in general you can expect Merlot to be a bit lighter, a bit softer, Syrah to have a darker fruit element, Pinot Noir to be significantly lighter with even beet-like notes accompanying the fruit. Malbec can show as a softer wine than the Cab, but with good roundness to the texture. Sangiovese often brings “tar and violets’ to the equation, with bright acidity a factor. Tempranillo has a warm centre at work, with some spice at play. Try them, and draw your own conclusions.

For this release, the North is basically “skunked”- none are slated for the Sault or Timmins, so be prepared to order in.  There are several that appeal – here are just a few.

Rechsteiner Di Florian Von Stepski-Doliwa Brut Prosecco, $15.95, from Italy is much easier to drink than to pronounce. Decanter World Wine Awards says “This fleshy wine is blessed with creamy bubbles and a pleasurable finish – 90.

Loma Larga Lomas Del Valle Sauvignon Blanc 2017, $15.95 – from Chile, “this wine is wonderfully fresh.  Bold and full-bodied, it is quite herbal and is bursting with fruity, acidic flavours.” –Descorchados -  93 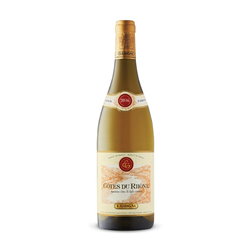 (None of the above have been slated for Timmins, so try to order in, if interested.)

In addition to those mentioned earlier in this article, the following may also appeal.

Lorca Monastrell 2009, $15.95 – here is a Spanish red with some age to it.  “Aromas of underbrush, brier, game and blueberry…ample spicy fruit [and] a bit of underlying structure”, according to robertparker.com -90 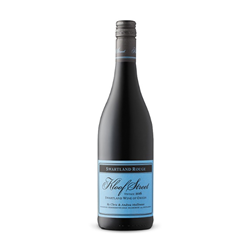 Kloof Street 2016, $19.95
Kloof Street 2016, $19.95 from South Africa’s Swartland is made by Andrea Mullineux, Winemaker of the year in 2016 as honoured by Wine Enthusiast magazine.   This is a blend of several grape varieties associated predominantly with the south of France. It is fresh, fruity, smooth and very, very drinkable.