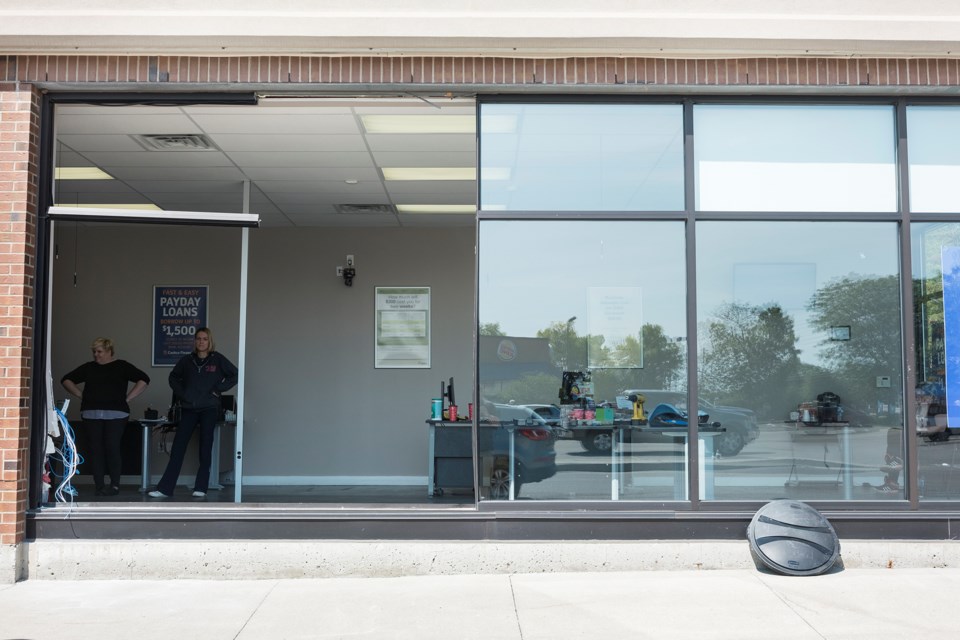 A series of large windows at Cashco Financial were destroyed overnight in a smash-and-grab theft of an ATM. Kenneth Armstrong/GuelphToday

An unknown amount of cash was stolen and a pickup truck was abandoned at the scene of a smash-and-grab theft of an Automated Teller Machine (ATM) at a Silvercreek Parkway N payday loan storefront.

Const. Buzz Dean of the Guelph Police Service said this is the second time in three months the Cashco Financial on Silvercreek has had its window smashed.

“The cash machine was taken this time,” said Dean.

City police responded Monday to a 4 a.m. alarm at the business, finding extensive damage to the building.

A 2006 Ford pickup truck abandoned at the scene was stolen from a Cambridge business and ‘had not yet been discovered as stolen’.