The Song My Paddle Sings, in free jazz style 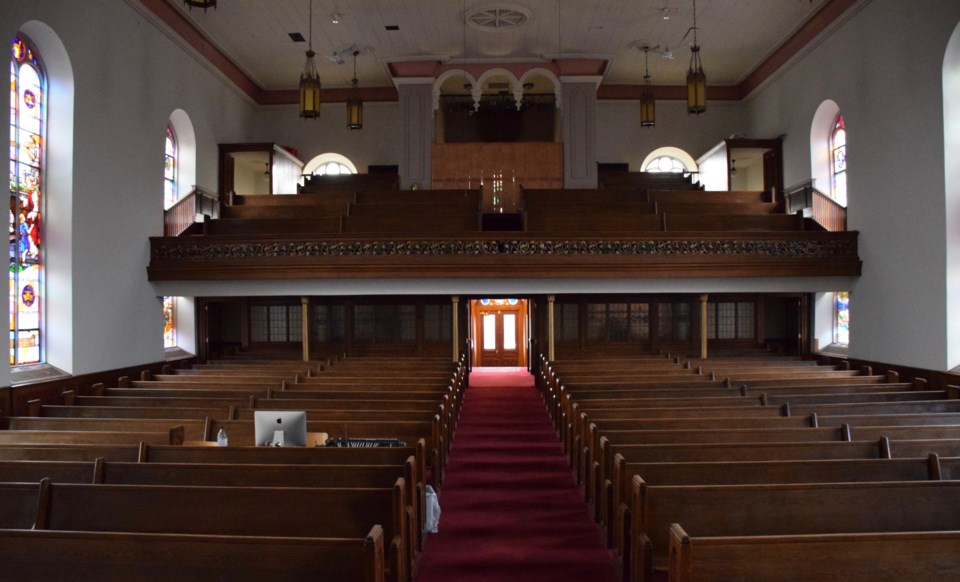 The Lakeside HOPE House sanctuary/auditorium will be the venue for a U of G Jazz Society concert Sunday evening. Proceeds go to HOPE House programs. Rob O'Flanagan/GuelphToday

The University of Guelph Jazz Society will hold a concert tonight in a magnificent space, and with a very Canadian theme.

The former Norfolk Street United Church sanctuary, now part of Lakeside HOPE House, is the venue for a jazz concert entitle The Song My Paddle Sings.

Admission to the concert is $10 in advance, with tickets available through the Lakeside HOPE House Facebook event page at www.facebook.com/events/1234908613229781/. Or tickets are $15 at the door.

The U of G Jazz Society is dedicated to free jazz, a longstanding form of music that bends the rules of conventional jazz, driving more towards the highly expressive, improvisational roots of jazz.

The concert goes tonight from 7-9 p.m., and will benefit the many programs offered by HOPE House, programs that address the immediate and longer terms needs of the city’s less fortunate citizens.

The U of G Jazz Society is a student group that performs as Beyond Category with a changing line-up of players. It is led by trumpeter/cornetist Bruce MacColl. Students of all ages and all skill levels take part.

“It’s their 30th anniversary, and so they contacted us and said that they wanted to throw a concert in our benefit,” said Jaya James, director of HOPE House.

She said MacColl has created an original piece based on the poetry of Pauline Johnson, the Six Nations poet, writer and artist who lived famously in the latter half of the 19th and early 20th century.

MacColl’s piece is based around Johnson’s legendary poem, The Song My Paddle Sings.

Members of the Brantford Community Symphony Orchestra will join Beyond Category for the performance.

“We’ve intentionally priced it very reasonably so that we have more people there,” said James. “It’s always more fun when there are tons of people."

Lakeside HOPE House is at 75 Norfolk Street, at the corner of Cork Street.