Student argued she was just looking at the time on the device when pulled over by campus police earlier this year
May 29, 2018 12:45 PM By: Tony Saxon 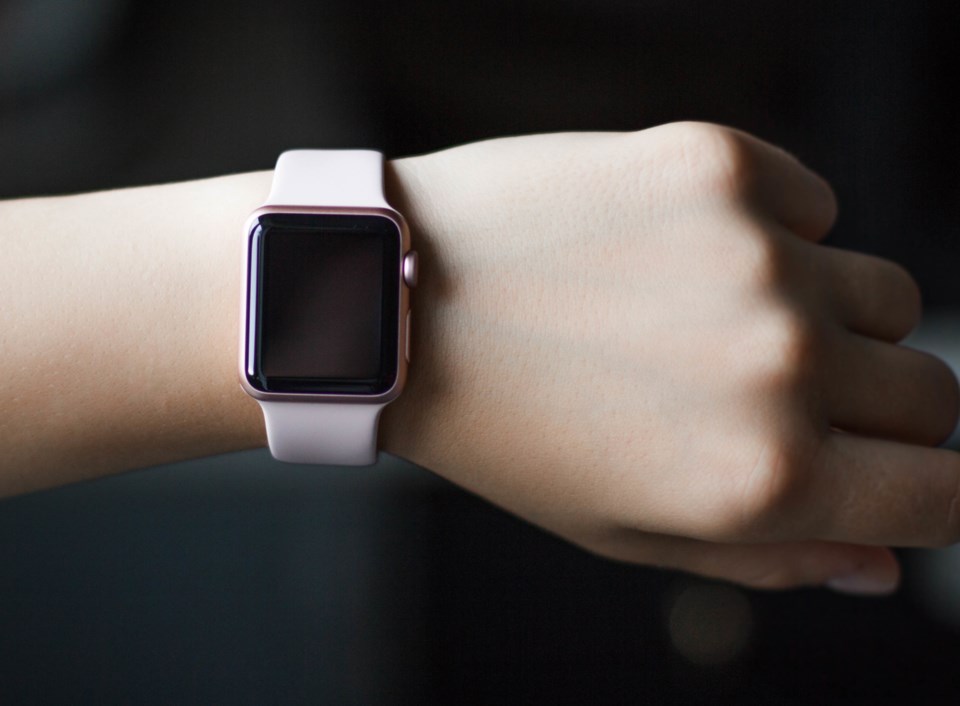 A University of Guelph student has been fined $400 after a Guelph justice ruled that an Apple Watch qualifies as a hand-held device.

The student argued that she was only looking at the time on the device when she was pulled over in April while driving on the U of G campus.

Justice of the Peace Lloyd Phillipps delivered his judgment following a May 16 hearing.

“Despite the Apple watch being smaller than a cellular phone, on the evidence it is a communication device capable of receiving and transmitting electronic data,” Phillipps wrote in his ruling.

“While attached to the defendant’s wrist it is no less a source of distraction than a cell phone taped to someone’s wrist. It requires the driver to change their body position and operate it by touch.”

Victoria Ambrose was stopped at a red light on South Ring Road April 24 when a campus police officer pulled up alongside of her.

The officer noticed the glow of a device she was using and the woman looking up and down at it. When the stop light turned green, Ambrose didn’t proceed until the officer shined his cruiser side light into her car.

She was subsequently pulled over and charged with driving while holding a hand-held communication device under the Highway Traffic Act.

Ambrose and the prosecution agreed on the details of the incident. What was in dispute was whether or not an Apple Watch is, in fact, a hand-held device.

“The evidence before me is that an Apple watch is capable of receiving and transmitting electronic data. Ms. Ambrose testified that the watch was not connected to her phone which was in the car with her at the time,” Phillipps wrote in his decision.

“It is abundantly clear from the evidence that Ms. Ambrose was distracted when the officer made his observations.

“Whether it was actually connected to another device at the time of the offence is not a determining factor. It is the holding, or use of the device that the court must determine.”

Ambrose argued that she was merely checking the time, which requires her to touch the screen to activate and deactivate.

“It is apparent that she chose this method over the use of the clock in her automobile,” the decision noted.

Phillipps referred to a previous case where “hands-free mode” was ruled not just to mean “simply without hands,” but, rather, refers to a car’s ability that permits cell phones to be used without being held by the operator.

The defence had argued that an Apple Watch was akin to a Bluetooth headset, which are legal while driving.

The justice ruled that there were “marked differences” between the devices, most notably that a Bluetooth device does not have a screen.

Ambrose was given 90 days to pay her fine.