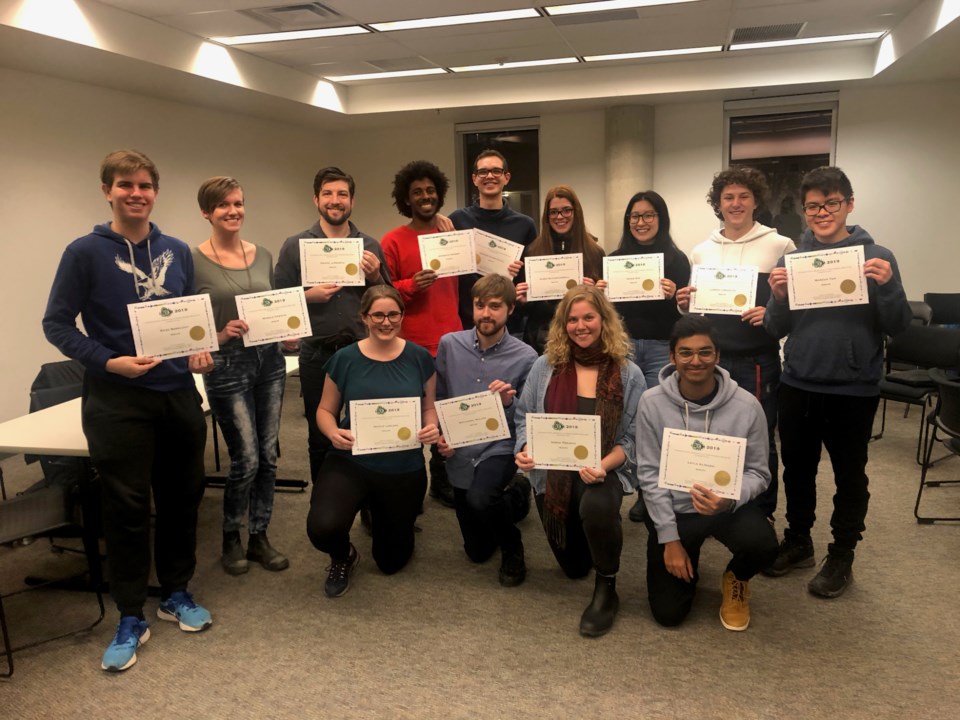 University of Guelph students won a gold medal for creating a biosensor that detects antibiotics in animal products.

The 33 molecular biology and genetics students won at the International Genetically Engineered Machine (iGEM) foundation’s 2019 competition for creating Viosensor, a modular biosensor that can detect the presence of an antibiotic called tetracycline- often used in agriculture to tend to bacterial infections.

“If a farmer has treated an animal with antibiotics, they usually have to send those samples away before they can use the product again. So we wanted to create a cheap and effective system that the farmer can use on-site to test for antibiotics.”

Gianetto-Hill says the team’s main idea came from the antibiotic crisis or antibiotic overuse that is taking place all over the world.

According to the ministry of agriculture, food and rural affairs, agriculture accounts for approximately 82 percent of all antibiotic use in Canada.

“We don’t want antibiotics being introduced into human hosts because it might change our gut microbiota,” says Gianetto-Hill.

“So typically there’s one part of the gene that detects that and then activates usually its resisting gene. We took that part of the gene and we took a gene for a colour change and put that next to the detecting part so that instead of doing whatever it does to resist when the detected drug is set, it produces the colour,” says Willms.

As a result, when an antibiotic is present in an animal product, Viosensor shifts from a clear colour to a pink one.

Even though the team of students created viosensor for the competition, Gianetto-Hill says he believes the product has the potential to be expanded in other industries long after the students graduate.

“The great thing about iGEM is that even if we don’t decide to continue with this, we have given the community tools and the information available so that they can carry this once we’re gone,” says Gianetto-Hill.

The big win at the competition also recognised the Guelph iGEM team’s outreach efforts that included hosting a conference with executive members of Ontario Genomics to discuss the newest research in undergraduate synthetic biology, the creation of a program for a STEM summer camp, production of a podcast and a blog and a collaboration with the Guelph Queer Equality to discuss LGBTQ+ participation and representation in STEM fields.