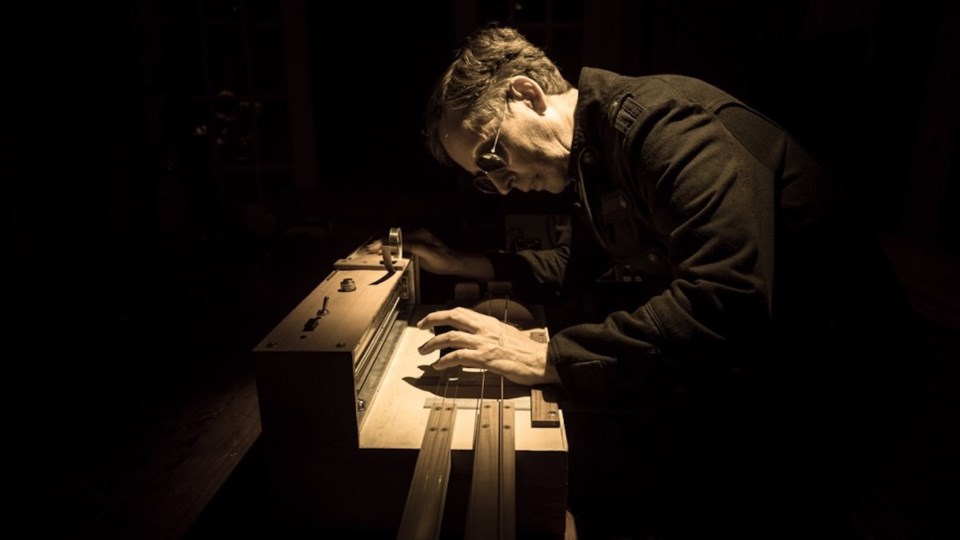 NEWS RELEASE
SILENCE
******************************
Guelph's own Vertical Squirrels (Daniel Fischlin, Ajay Heble, Lewis Melville, and Ted Warren) continue hosting a residency at Silence through the fall and winter of 2019-20, featuring performances that highlight the group in improvised dialogue with special guests. Called an “an unclassifiable blast of fresh air” by the Montreal Mirror, with their album Hold True (Accroche-toi) chosen as one of the top ten offerings in 2010, the music of the Vertical Squirrels is group-improvised, live in the moment, and draws on a potent mixture of free jazz and post rock sensibilities with nods to Indian ragas, jazz-inflected minimalism, Zappa-esque bouts of sonic anarchy, and German rock music from the 1970s.

The Squirrels are very excited that the guest for their upcoming Dec. 6 concert will be Mark Korven, a world-renowned Toronto-based composer for film and television. He is best known for his work on the 2016 period Horror film The Witch, which won the best director award at the 2015 Sundance festival for director Robert Eggers, and went on to earn $40 million at the box office.

Mark is also a multi-instrumentalist specializing in world music. He is celebrated as well for the recent co-creation of a new musical instrument with luthier Tony Duggan-Smith, called The Apprehension Engine championed by Silence and The Silence Collective improvisational performing ensemble. Read about it here.

Mark is represented by Core Music Agency. Read more about him and his work here.

A photographic stroll through a quiet University of Guelph campus (23 photos)
May 30, 2020 11:00 AM
Comments
We welcome your feedback and encourage you to share your thoughts. We ask that you be respectful of others and their points of view, refrain from personal attacks and stay on topic. To learn about our commenting policies and how we moderate, please read our Community Guidelines.