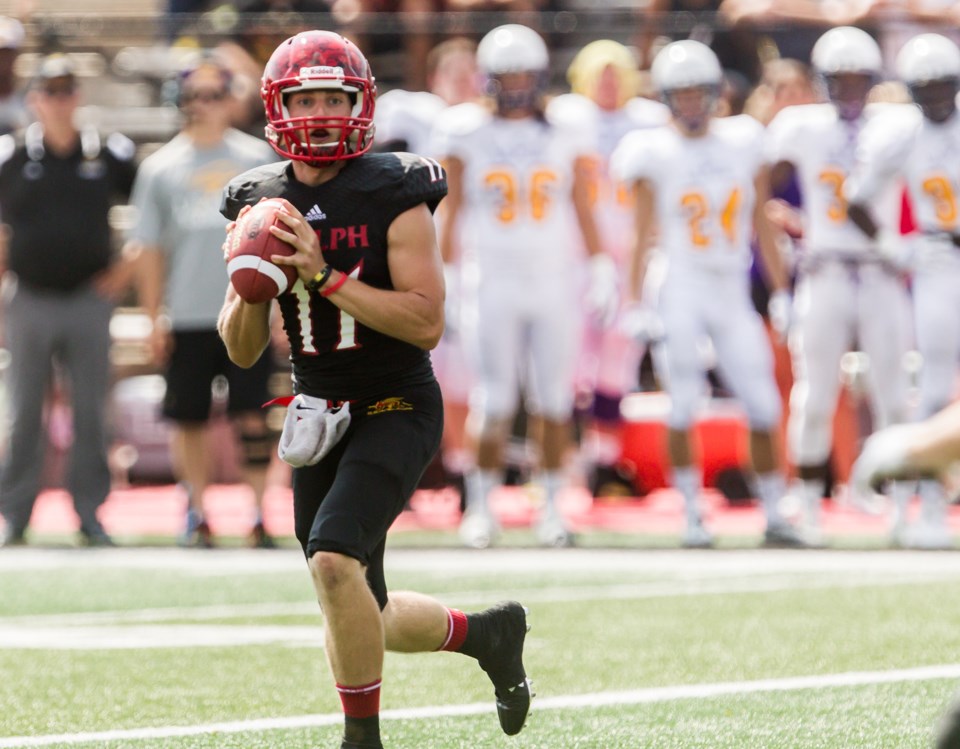 Guelph Gryphons quarterback James Roberts will be attending the Toronto Argonauts training camp at the U of G starting Wednesday. Kyle Rodriguez photo

Roberts will join the team on the field for the first time during quarterbacks and rookies camp starting at around 2 p.m. Wednesday at Alumni Stadium.

Roberts will be in camp as part of the quarterback internship program. The Canadian Football League has assigned each of the nine CFL teams with an underclassman national quarterback who is ineligible to sign a contract or play in a CFL pre-season game.

He will join two current teammates at rookie camp: Curtis Newton and Ryan Nieuwesteeg were both drafted by the Argos in the recent CFL draft.

Three former Gryphons, Jake Reinhart, Cam Walker and Dan MacDonald, will be in camp when veterans report on Saturday.

Roberts, a six-foot, 185-pound Cambridge native, will enter his third season at the University of Guelph in 2016. Last season the Gryphons signal caller completed 152-of-253 passes for 2,236 yards and 18 touchdowns while rushing 12 times for 28 yards and four touchdowns en route to leading Guelph to the 2015 Yates Cup Championship.