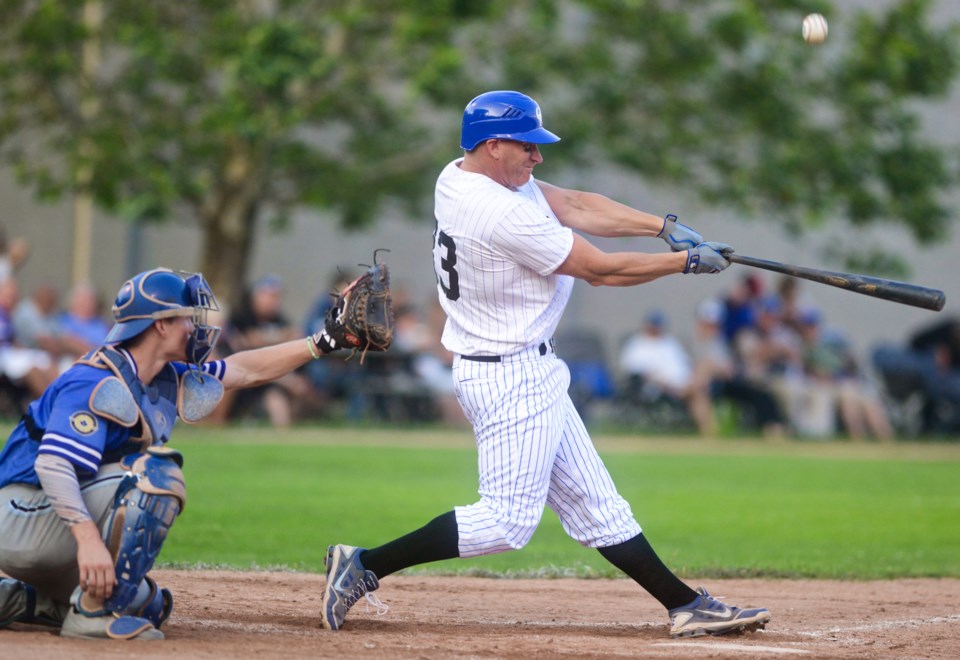 Sean Reilly fouls off a pitch at Hastings Stadium in this file photo from 2019. Tony Saxon/GuelphToday file photo

The Intercounty Baseball League season may have been cancelled, but the Guelph Royals are still planning to give their fans a taste of the game next month.

The Royals announced on Facebook that they will be holding a home run derby sometime in August. The date is to be announced.

“The 8-player, single elimination tournament will feature 5 minute rounds with a 30 second time out,” said the post.

Sean Reilly, the league’s all-time home run leader, has confirmed his attendance and more player announcements will be made shortly.

“The nature of the event allows for social distancing at all times. In partnership with Memory Tree Productions, video of the home run derby will be shot in 360 VR giving fans a rewarding viewing experience from the safety and comfort of their own home. More details to follow so be sure to follow Guelph Royals,” said the post.