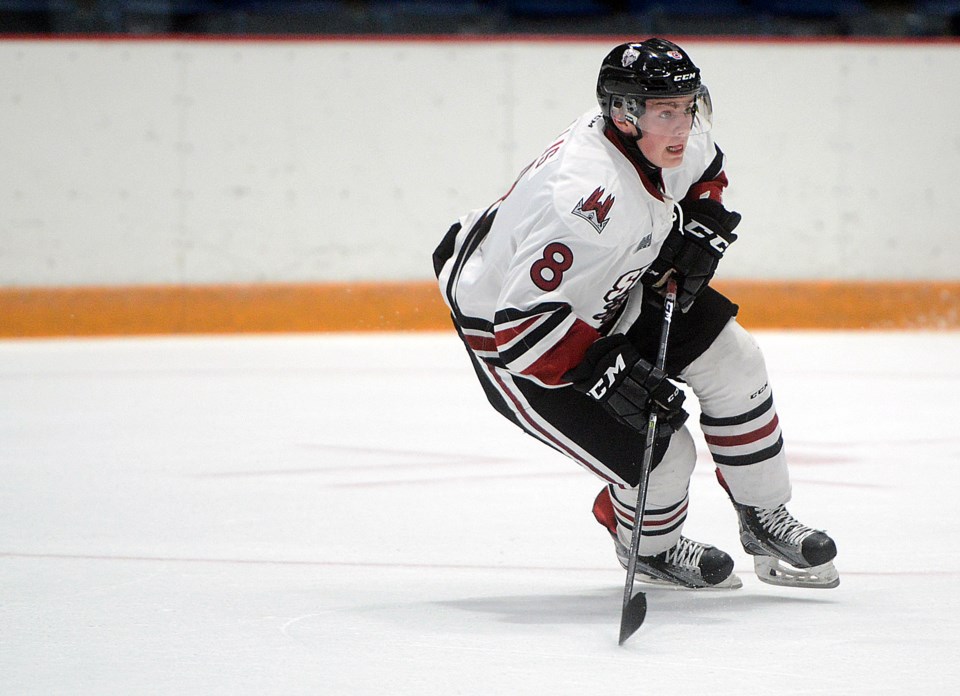 A junior hockey career that has had its share of ups and downs looks like it has ended on a high note for Guelph Storm captain Cam Hillis.

The Inniskillin native signed a three-year entry level contract with the Montreal Canadiens on Monday evening. It was announced Tuesday.

Hillis will almost certainly start next season, whenever that is, with the Laval Rocket of the American Hockey League, ending a three-year career in Guelph.

"It was in the works for a little while but it just got announced today," said Hillis from his home, where he is self-isolating with his parents. His sister is a masters' student at the U of G and lives in Guelph.

"I had a good idea it was happening," he said.

Montreal had until June 1 to sign Hillis or lose his rights.

"I wasn't really stressing out about it all year to be perfectly honest," Hillis said.

"Maybe early on in the year, the first two or three games of the season, but after I had a talk with George (Burnett) he kind of calmed me down a little bit and I just got back to playing for why I love the game and bringing the passion every game."

A second round pick of Guelph in 2016, Hillis spent a year playing at St. Andrews College and committed to Providence College before then-Storm general manager Mike Kelly managed to sway the family to the OHL.

Montreal drafted Hillis in the third round, 66th overall in the 2018 NHL draft, but a series of injuries the next season limited him to just 33 games and had him on the sideline for the Memorial Cup.

Hillis bounced back this year with a great campaign, scoring 24 goals and adding 59 assists in 62 games before the season was shut down.

"I was pretty confident something would get done. I had a good year, took some strides in my leadership and my on-ice development. I was overall happy with the way things went this year," he said.

"I didn't really talk to them. My agent was taking care of that."

Hillis has been working out at a home gym and getting some cardio work in at a nearby track.

With no on-ice activity allowed, he's been using Marsblades, a roller blade-type skate that is designed to emulate the real ice skate feel and movement.

Other than that it's been doing some cooking with mom and watching the odd show on Netflix.

"Just trying to keep busy," he said. "For me, I don't like trying to take too much time off the ice, so it's kind of been torture for me right now."

He talks every now and then with his Storm teammates and says they are all disappointed with how the season ended early.

"We think we could have turned some heads in the playoffs, but we've got a really tight group and I think we'll stay that way the rest of our lives, which is a good thing."