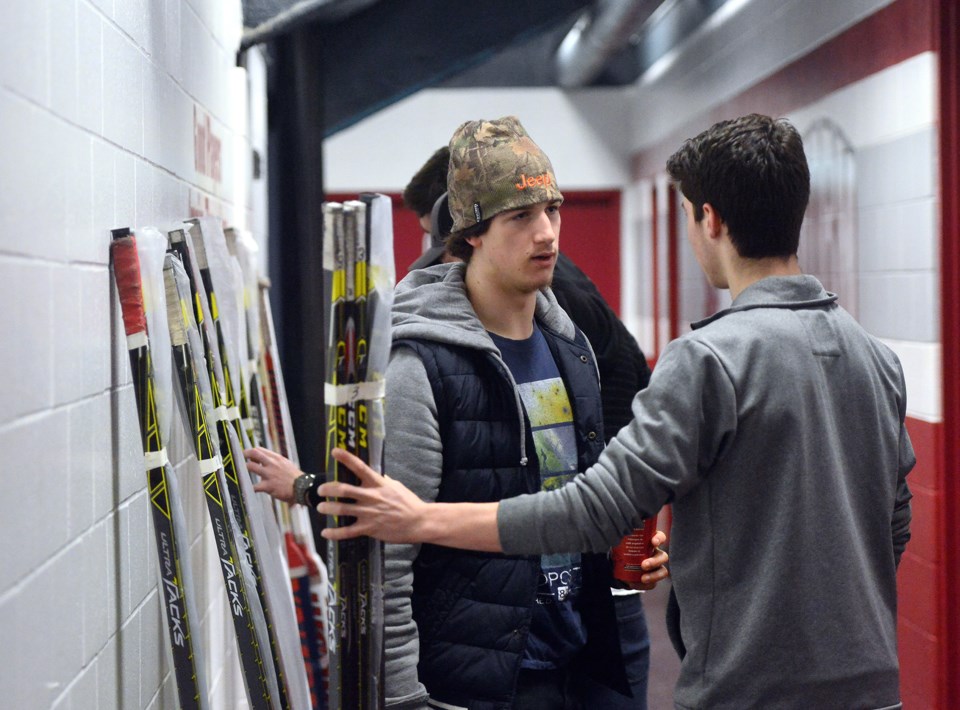 Guelph Storm general manager Mike Kelly knew it would be a rough season, but even he admits he didn't think it would be this bad.

Kelly reflected on the second-worst season in franchise history earlier this week as players cleaned out their lockers and headed home earlier than any Storm player has since the last time they didn't make the playoffs 24 years ago.

"Fewer points than anticipated, but it doesn't really change the big picture in the scheme of things. In fact it might actually have accelerated our development and might give us a bit of a head start on next year," Kelly said in terms of finding a silver lining in the season that saw the team win just 13 of 68 games.

He said at the start of the season he thought the team had a chance at the playoffs.

Kelly felt the season-ending injury to overage centre Jake Harris in early January was a tough blow that helped seal the team's fate. Not getting Robby Fabbri back from the NHL didn't help, something Kelly thought had a 50/50 chance of happening.

He said the team was playing well at the time of the injury and slid down after that. The team also made the decision to part ways with Tyler Hill and Justin Nichols.

"January 10 at the trade deadline we kind of anticipated we were on the outside of the playoff picture and took steps to make ourselves younger and get experience for some of our younger players for next year."

Kelly said a the exit meetings he told the players "thanks for hanging in there" and that things will get better.

"We also understand that it's not going to happen overnight, there's a lot of work that has to go into it over the summer," Kelly said.

There will be some tough decision to be made next season.

The team loses only two players to graduation - Harris and goaltender Michael Giugovaz - and has already signed three players that weren't with the team all year: Cedric Ralph, Nate Schnarr and Quinn Hanna.

Kelly said veteran players are always in a spot of fighting for their job, reiterating the team's philosophy that if two players are of the same ability, the younger player will be kept.

It will look to upgrade at the import position as well as in net. At this point it's not known if Bradley Van Schubert will be back.

"We'll talk to Schubie and see what's the proper fit for him. There's questions with our goaltending, but we've got some pretty good people in the pipeline," Kelly said.

The Storm GM will now focus on preparing to announce the first overall draft pick when the team and league makes that announcement on April 8.

Guelph Storm comeback spoiled by shootout loss
Feb 15, 2020 10:00 PM
Comments
We welcome your feedback and encourage you to share your thoughts on this story. We ask that you be respectful of others and their points of view, refrain from personal attacks and stay on topic. To learn about our commenting policies and how we moderate, please read our Community Guidelines.