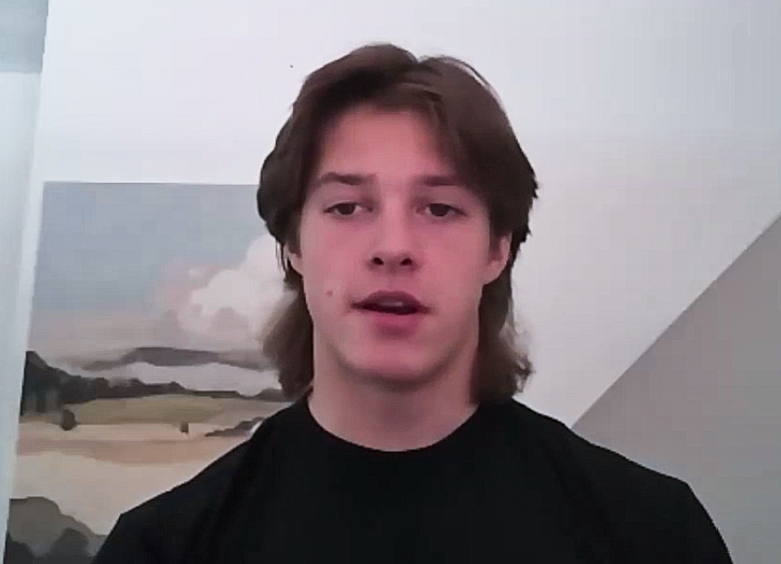 The Guelph Storm went with a blueliner with its first round pick in Friday's OHL Priority Selection, taking six-foot-one, 185-pound right shot defenceman Cameron Allen from the Toronto Young Nats.

"We think we got the best one," Storm coach/GM George Burnett said of the top defencemen in the draft, a focus of the team after drafting a lot of forwards in the early rounds the last two years.

"He's been at the top of this group for an extended period of time. He plays with an edge. He skates extremely well. We think he's the most ready-to-play defenceman in the group.:

The first three years of the OHL Priority Selection were held online Friday. The other 12 rounds will go Saturday.

Allen was one of only three blueliners taken in the first round.

"Actually I didn't know until right before the draft," Allen said when asked when he knew he was going to be picked by Guelph. "I was clueless for the most part."

A Toronto native and the oldest of three kids in his family, Allen said he played forward until he reached peewee hockey.

Now he's considered a solid two-way defenceman who drops names like "Doughty" and "Makar" when describing his game.

"I'm a competitor. I like to win at all costs. If I can get in your head and make life hell, I will."

Burnett said he sees Allen fitting into the top four defencemen right away, but Allen says he's going to earn everything he gets.

Paquette had 26 goals in 32 games his bantam year.

"I see myself as a modern day power forward that likes to use his shot. I can play any role possible," Paquette said.

Charlie was selected 31st overall. In 1985 his dad Andy was selected 32nd overall and spent four years in the OHL with Sudbury and Hamilton.

The elder Paquette now runs a hockey skills training business and gym and Charlie gets to work out and practice with lots of pros his dad trains, like Zack Kassian and Aaron Ekblad and Zack Kassian.

In the third round Guelph took five-foot-11, 185-pound right wing Chase Coughlin of the Toronto Marlies.

On Thursday the Sudbury Wolves announced American forward Quentin Musty as the first overall pick. Oshawa took Oakville centre Calum Ritchie with the second overall pick of a draft where the order was determined by a lottery held last month.

Darrell Woodley, head of OHL central scouting, had this to say about Allen.

Woodley said Allen has "a cannon" of a shot.