Head to Czech Republic later this month for the under-16 world championship
0
Jun 10, 2019 2:30 PM By: GuelphToday Staff 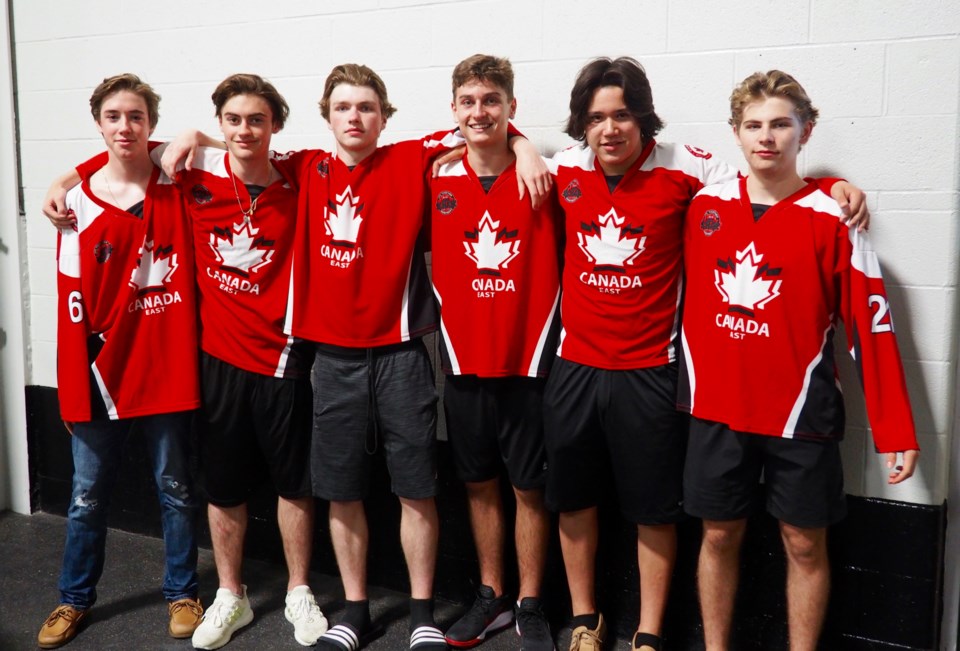 Five local 16 year olds are off to the Czech Republic to play for Team Canada at the U16 World Ball Hockey Championships.

They play together on the Guelph Cyclones, a Guelph ball hockey team consisting of 2003 and 2004 born playres, won the provincial championships in Burlington last summer and played in the national championships in New Brunswick, losing in the consolation finals.

The five off the Guelph eam will play for Team Canada East, one of two Canadian teams at the championship.

All of the players compete in the Guelph Minor Ball Hockey League that makes a rep team at each age group in July to compete at Provincials.

The tournament takes place in Pilsen, Czech Republic from June 27 to June 30. The East team will be playing Great Britain, two different Czech Repulic teams, Slovakia and Canada West in the round robin. All games will be live streamed on the internet.

All games will be streamed over the internet.