Daws, Gogolev, Profaca and others hoping to hear their name called at NHL draft
Oct 6, 2020 7:30 PM By: GuelphToday Staff 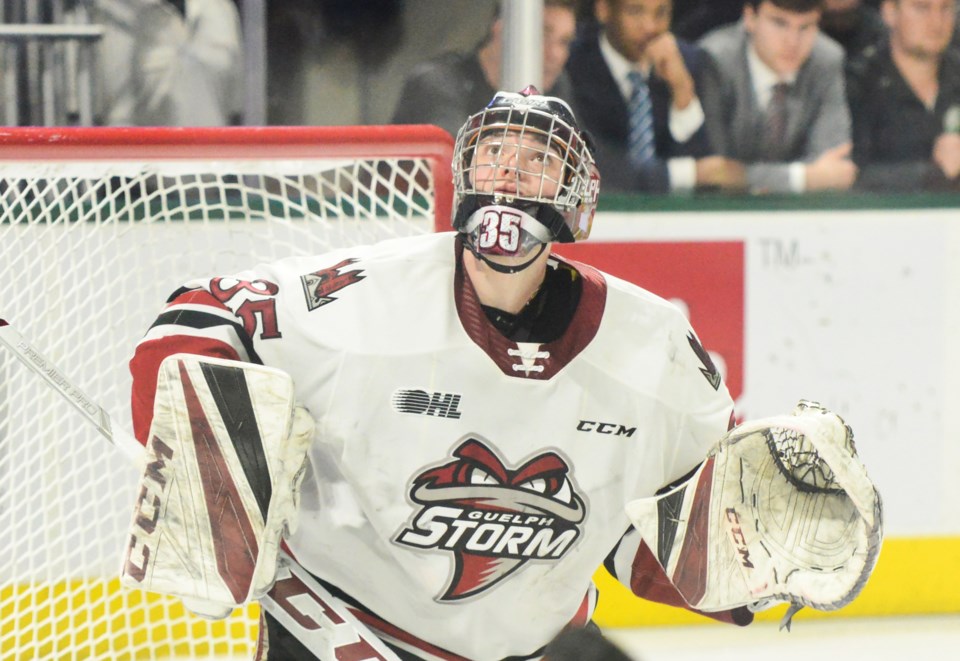 It could be a big couple of days for some Guelph Storm players.

The National Hockey League draft is being held virtually Tuesday and Wednesday night and several Storm players could be hearing their names called.

Leading the way is goaltender Nico Daws, whose breakout 2019-2020 campaign has him ranked as the top-rated North American goaltender by NHL Central Scouting.

Russian goaltender Iaroslav Askarov is expected to be the first goaltender picked, and possibly the only one that gets taken in the first round Tuesday night. But Daws is projected to go somewhere from the late second round to the early third round.

Winger Pavel Gogolev, who tallied 45 goals and 41 assists last season, is the top-ranked Guelph skater despite being 19 years old. Gogolev is ranked 107 among North American skaters by NHL Central Scouting.

All winter university varsity sports cancelled
Oct 15, 2020 2:13 PM
Comments
We welcome your feedback and encourage you to share your thoughts. We ask that you be respectful of others and their points of view, refrain from personal attacks and stay on topic. To learn about our commenting policies and how we moderate, please read our Community Guidelines.