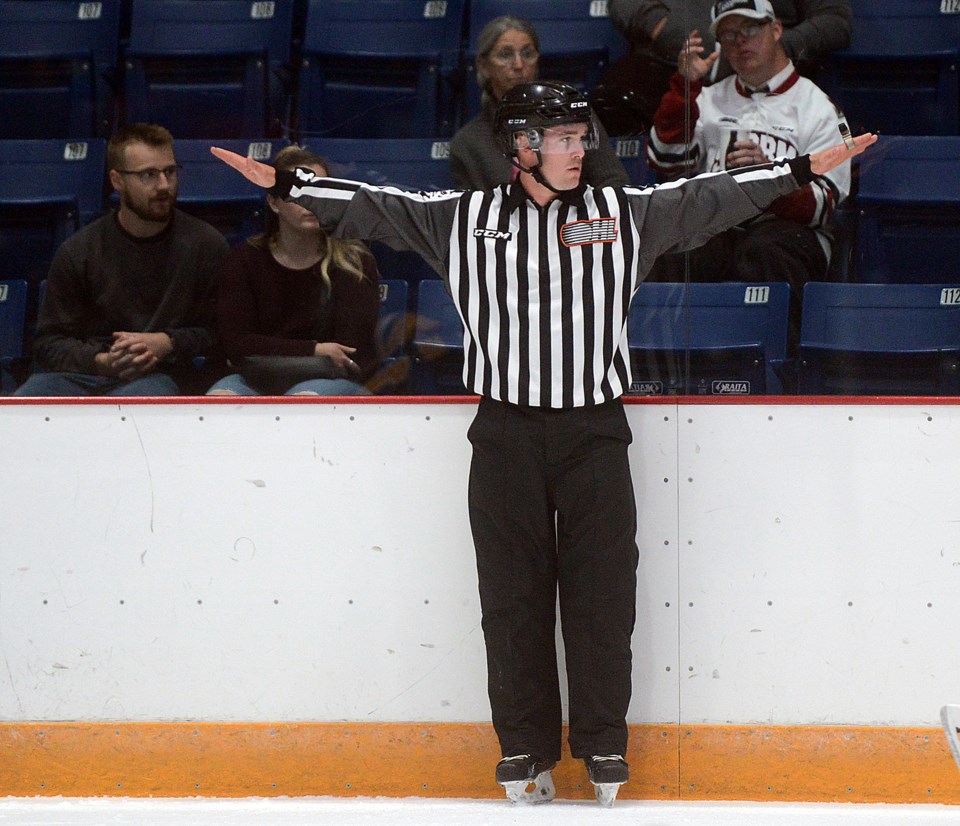 Ontario Hockey League referees have a few weeks to get used to some new rule changes approved by the Board of Governors at their annual meeting.

That includes a coach's challenge for goaltender interference.

Here's an explanation of the rule from the league:

The other change will see expanded video review of major/match penalties and offside scenarios:

The addition of video tablets at the penalty box as well as the installation of new overhead cameras at each blue line will enhance accessibility to video review league-wide starting this season. Video tablets will provide on-ice officials with an additional resource. Based on their discretion, referees and linesmen will have access to video review to ensure that the correct call on the ice was made as it relates to the assessment of major/match penalties as well as offside situations when a goal has been scored. In the case of an assessed major or match penalty, referees shall automatically review such infraction on the tablet in the penalty box to substantiate the call (including whether such penalty was assessed to the correct player) or to reduce it to a double minor penalty (in the case of checking from behind), a two-minute penalty or no penalty at all. The use of enhanced video replay shall not be utilized to assess penalties that were not called in the first instance nor shall it be utilized to increase the severity of the major penalty called.

But it's not anticipated the rules will be enforced right away, as the new technology needs to be installed in all 20 rinks.

"We brought in additional cameras above the bluelines to assist in video replay ... of offsides, so those cameras will be installed in addition to the tablets and the Wi-Fi that needs to be in place for the tablets in the penalty box," said Ted Baker.

Baker added they should all be in place by sometime in October.

The league will also debut two new awards this season.

with files from Blair Adams and Mark Pare

They sting a little more when you blow a three-goal lead (5 photos)
Jan 19, 2020 5:20 PM
Comments
We welcome your feedback and encourage you to share your thoughts on this story. We ask that you be respectful of others and their points of view, refrain from personal attacks and stay on topic. To learn about our commenting policies and how we moderate, please read our Community Guidelines.