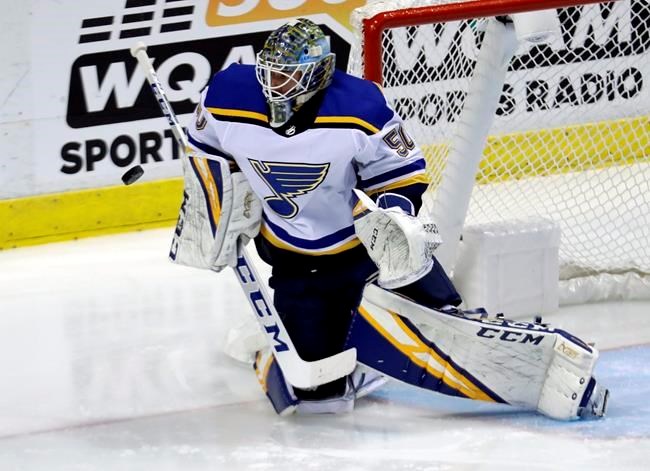 Binnington went 3-0-0 with a 1.31 goals-against average, .954 save percentage and one shutout to lift the Blues to their sixth straight win overall and into the first wild-card position in the Western Conference. He made 32 saves for his second career shutout in a 1-0 overtime win over Tampa Bay on Thursday.

Bergeron had four goals and three assists in four games to lift the Bruins to a 3-0-1 week and into third place in the Atlantic Division.

Strome had two goals and five assists in three contests to help the Blackhawks extend their overall winning streak to seven games and move within four points of the final playoff spot in the Western Conference.